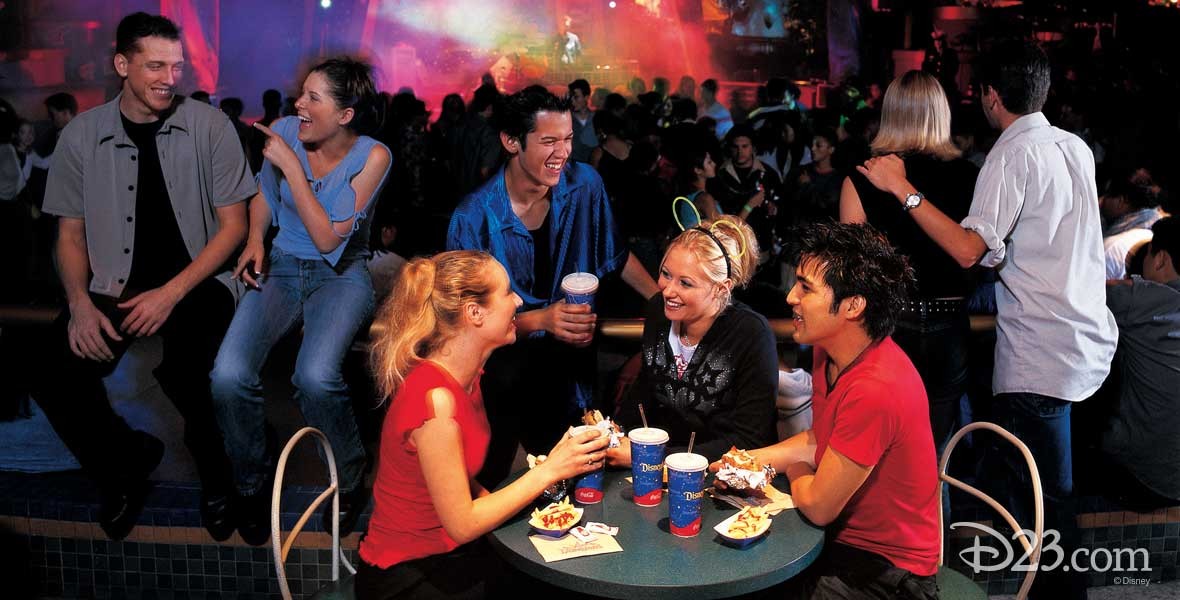 Tomorrowland Terrace Fast-food facility with bandstand; opened July 2, 1967, at Disneyland, and closed in June 2001 to become Club Buzz. There is a popular dance floor, and the bandstand is constructed so that the bands can arrange themselves in the basement level, then the stage is raised to the restaurant level. Also in Magic Kingdom Park at Walt Disney World and at Tokyo Disneyland. The Walt Disney World facility closed in September 1994 to become Cosmic Ray’s Starlight Cafe in December 1994.