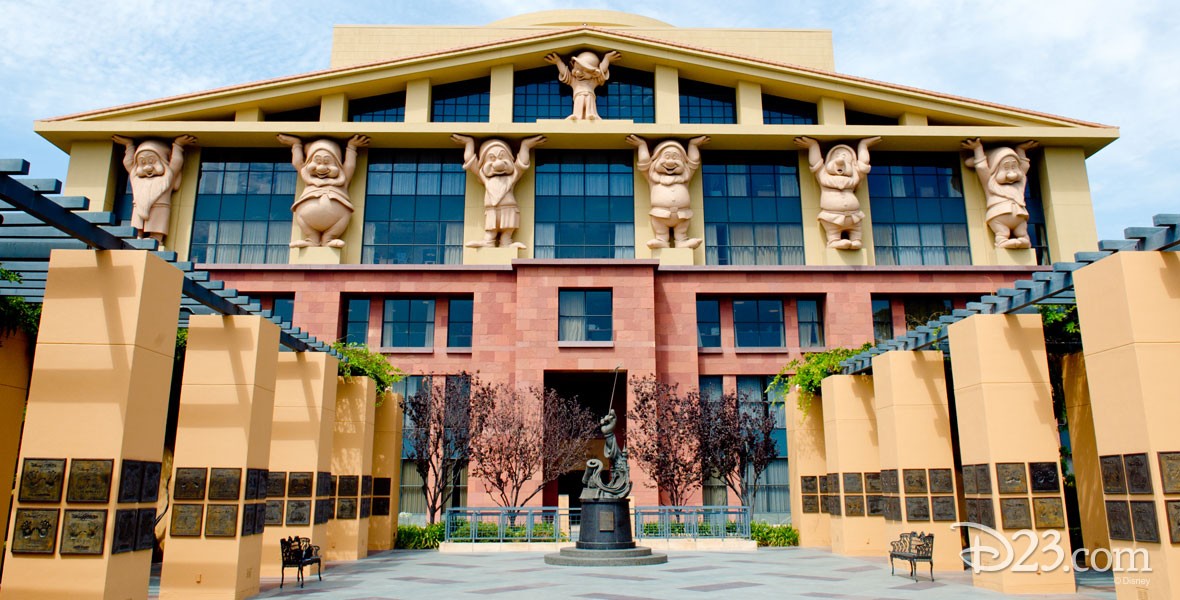 Team Disney Building Corporate headquarters at the Disney Studios in California since 1990, designed by Michael Graves, and featuring huge statues of the Seven Dwarfs holding up the roof. There is also a Team Disney building at Walt Disney World designed by Arata Isozaki; it opened in 1991. It is themed after a huge sundial, and serves as an administration building. A Team Disney Anaheim building, designed by Frank O. Gehry, opened in early 1996 to house all of the Disneyland administrative staff, for the first time in one facility.