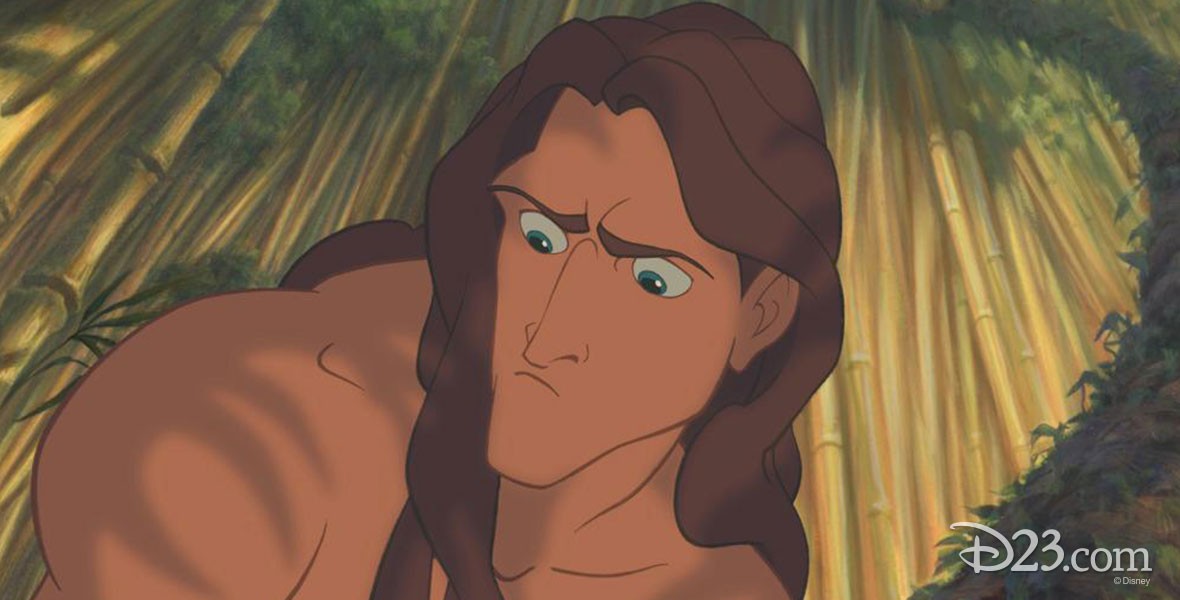 Tarzan (film)  From the classic tale by Edgar Rice Burroughs, this animated feature traces the story of a baby who is orphaned in the African jungle and raised by a family of gorillas, led by Kerchak and his mate, Kala. Tarzan matures into a young man with all the instincts of a jungle animal and the physical prowess of an athletic superstar, befriending a garrulous gorilla named Terk and a neurotic elephant named Tantor. He is even able to use his cunning and strength to defeat the bloodthirsty leopard, Sabor, who had killed his parents. But Tarzan’s peaceful and sheltered world is turned upside down by the arrival of a human expedition, led by an arrogant adventurer, Clayton, and including Professor Porter, a noted authority on gorillas, and his dynamic and beautiful daughter, Jane. Tarzan spies on them, and soon comes to the revelation that he is one of them. As he struggles to decide which “family” he belongs with, his dilemma is further complicated by his feelings for Jane and the discovery that Clayton is plotting to harm the gorillas. Directed by Chris Buck, Kevin Lima. General release on June 18, 1999, after a world premiere at the El Capitan Theater in Hollywood on June 12 and a limited release in that theater only beginning on June 16. (The film began its run in Malaysia, Singapore, and Israel on June 17.) Voices include Tony Goldwyn (Tarzan), Glenn Close (Kala), Rosie O’Donnell (Terk), Minnie Driver (Jane), Nigel Hawthorne (Prof. Porter), Brian Blessed (Clayton), Wayne Knight (Tantor), Alex D. Linz (young Tarzan), Lance Henriksen (Kerchak). 88 min. Includes five songs by Phil Collins (singing four of them himself—“Two Worlds,” “You’ll Be in My Heart,” “Son of Man,” and “Strangers Like Me”) and a score by Mark Mancina. “You’ll Be in My Heart” won the Oscar for Best Song. Disney also received an Academy Award in 2003 for the Deep Canvas software that enabled dimensional effects. Animator Glen Keane designed the character of Tarzan, drawing inspiration for Tarzan’s persona from his teenage son, Max, who loved performing fearless skateboarding stunts and watching extreme sports, such as snowboarding. Thus, Tarzan seems to “surf” through the trees. The directors and artistic supervisors received inspiration by taking an African safari to study the jungles, the animal reserves, and the domain of the mountain gorillas first hand. Released on video in 2000.  There was also a television series, The Legend of Tarzan, and a video sequel, Tarzan II.