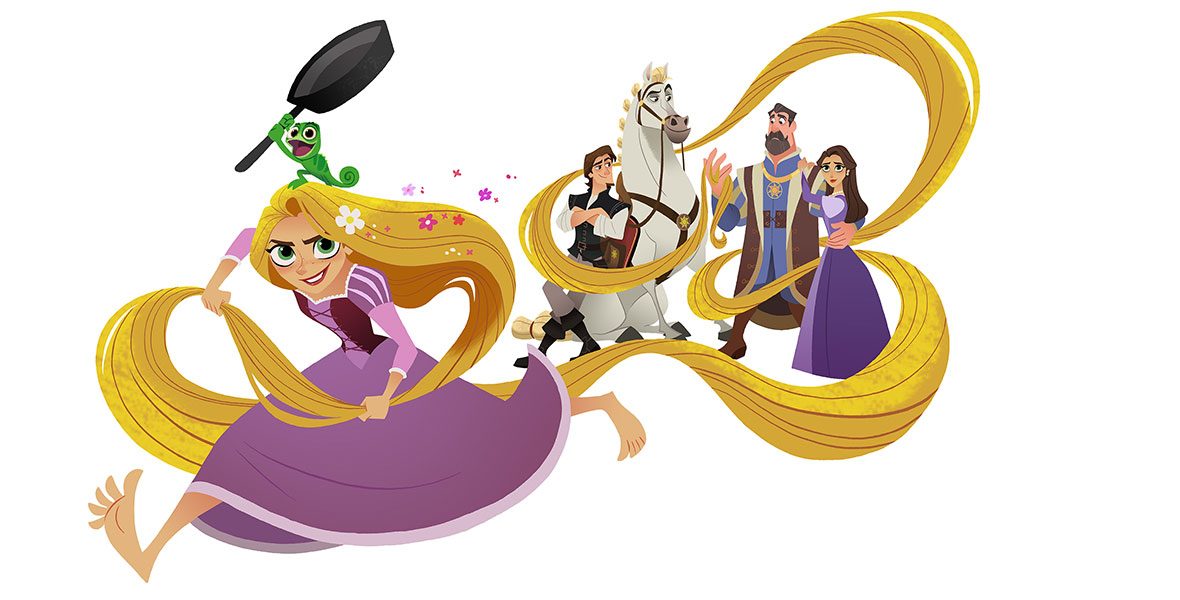 Tangled: The Series (television) Series on Disney Channel beginning Mar. 24, 2017, after a TV movie Tangled Before Ever After two weeks earlier. Rapunzel acquaints herself with her parents, her kingdom, and the people of Corona. Her irrepressible spirit and natural curiosity lead her to realize that there is so much more she needs to learn about the world and herself before she can assume her role as Princess of Corona. Formerly known as Flynn Rider, Eugene is her partner in life, and Cassandra is her good friend and confidante. Supervising director is Chris Sonnenburg. Besides Mandy Moore (Rapunzel), Zachary Levi (Eugene), and other returning voice cast members from the 2010 feature, additional cast members include Eden Espinosa (Cassandra), Julie Bowen (Rapunzel’s mother), Clancy Brown (King Frederic), James Monroe Iglehart (Lance Strongbow). The series was renamed Rapunzel’s Tangled Adventure starting its second season, which began Jun. 24, 2018.