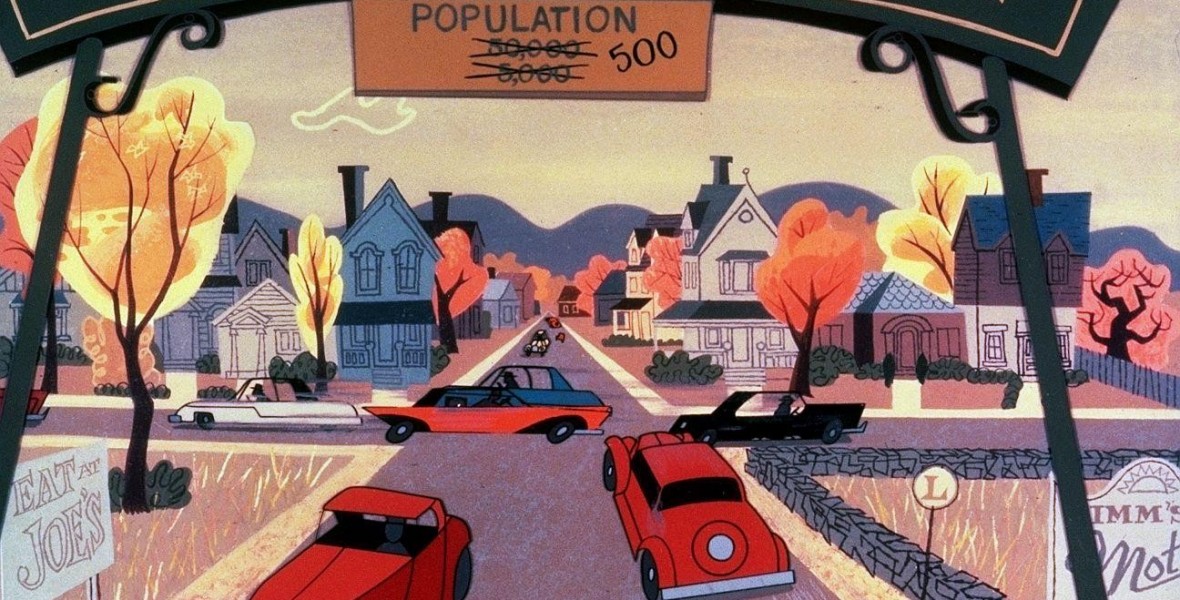 Story of Anyburg, U.S.A., The (film) Special cartoon; released on June 19, 1957. Directed by Clyde Geronimi. The problems of traffic are examined by the city of Anyburg in judicial court as several automobiles are tried for various crimes and declared “not guilty” since it is the people who drive them who must admit their guilt and promise to drive carefully.