Home / Disney A to Z / S / Star Wars: Secrets of the Empire
Skip to content 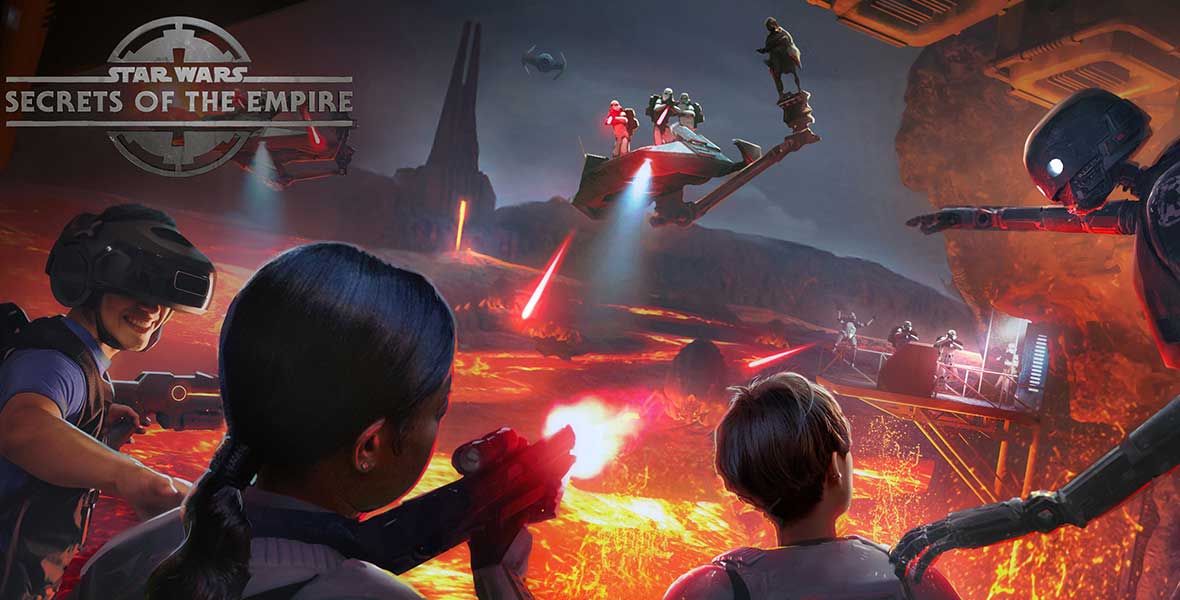 Star Wars: Secrets of the Empire Hyper-reality experience from ILMxLAB and The VOID; opened at Disney Springs at Walt Disney World on Dec. 16, 2017, and at Downtown Disney at Disneyland Resort on Jan. 5, 2018. Guests are transported deep into the Star Wars universe in a multi-sensory experience, with groups of four going undercover as Stormtroopers to capture Imperial intelligence vital to a budding rebellion’s survival. See also Void, The.