Home / Disney A to Z / S / Star Wars: Rise of the Resistance
Skip to content 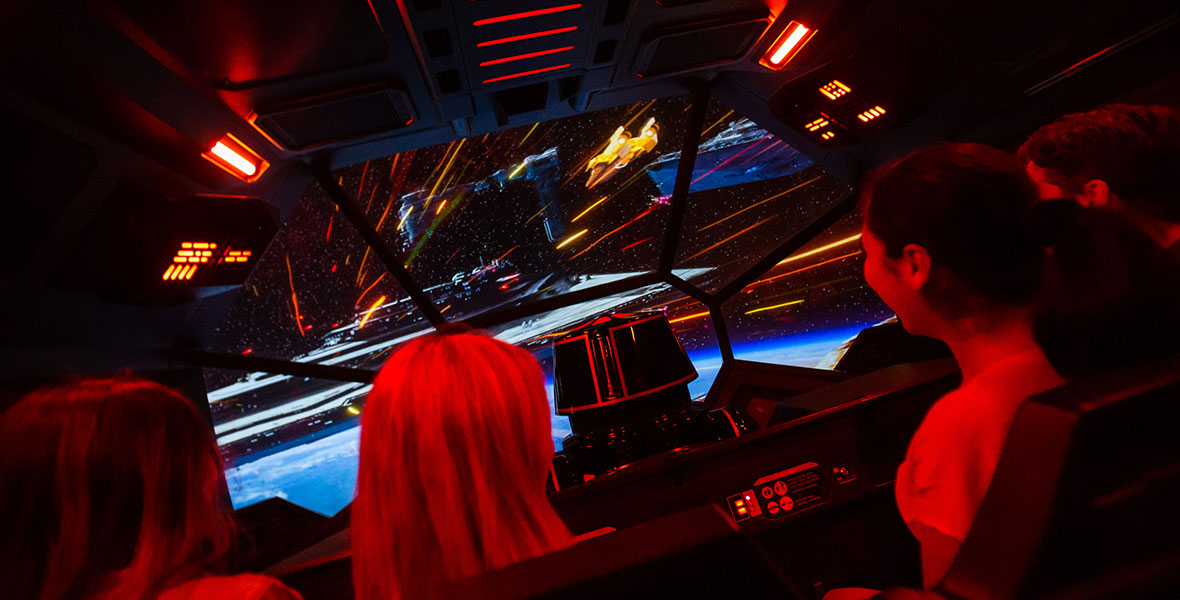 Star Wars: Rise of the Resistance Attraction in Star Wars: Galaxy’s Edge; opened November 5, 2019, at Disney’s Hollywood Studios and January 17, 2020, at Disneyland Park. After launching into space aboard a transport shuttle, passengers are captured by a Star Destroyer and pursued by Supreme Leader Kylo Ren. Searching for a way to escape, they become heroes of the Resistance in a climactic battle with the First Order. One of the most ambitious and technologically advanced attractions created for a Disney park.

Star Wars: Path of the Jedi (film) Star Wars: Secrets of the Empire