Home / Disney A to Z / S / Sofia the First: The Floating Palace 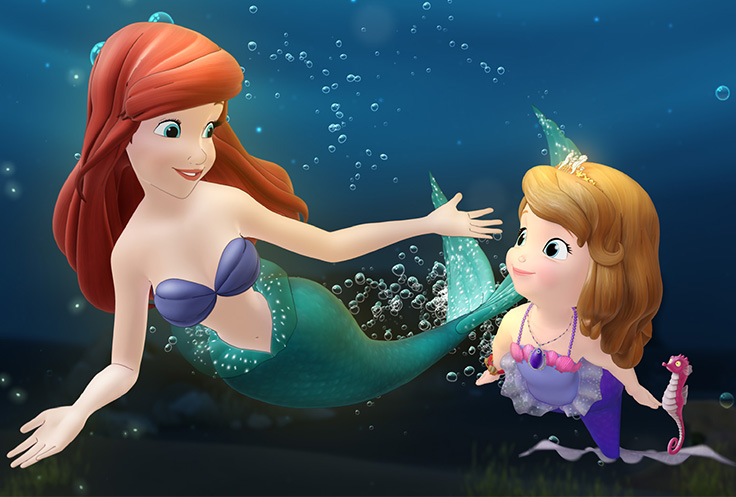 Sofia the First: The Floating Palace (television) TV special, airing on Disney Junior on November 24, 2013. Sofia and her family take to the high seas for a royal vacation. At Merriway Cove, Sofia is magically transformed into a mermaid after meeting a young mermaid, Oona. The mermaids mistrust the humans and are angry that Sofia’s family’s floating palace is in their cove. Sofia gets help from Princess Ariel from The Little Mermaid when Oona is captured by a horrible sea monster. Voices include Ariel Winter (Sofia), Jodi Benson (Ariel), Kiernan Shipka (Oona).

Sofia the First: Once Upon a Princess (television) Soft Landing