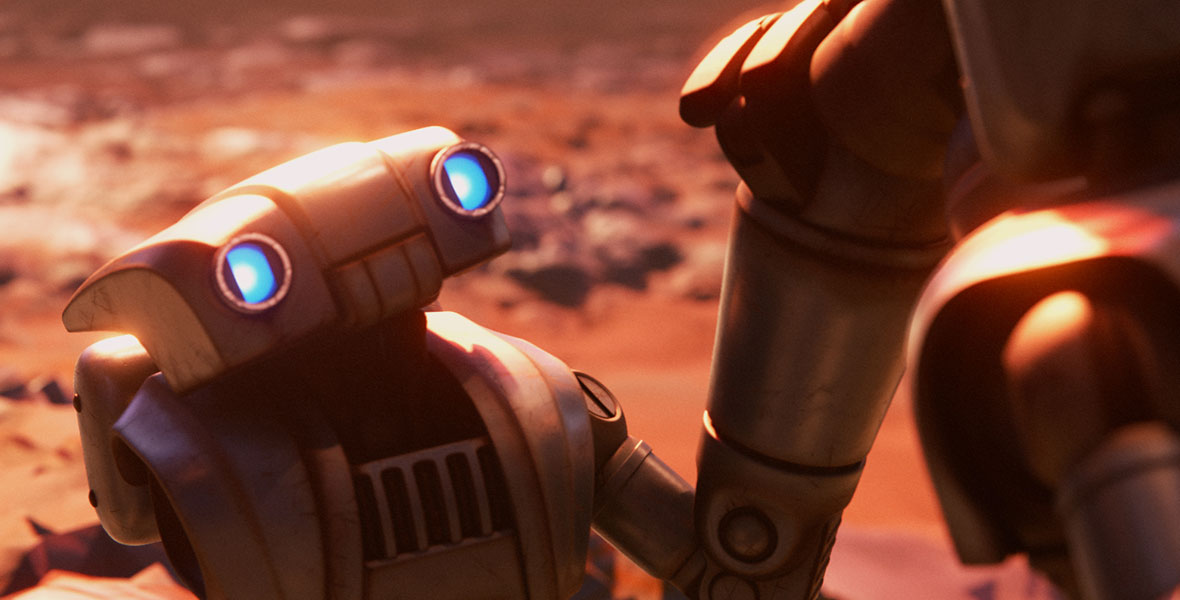 Smash and Grab (film) Animated short film; premiered Jan. 18, 2019, at the El Capitan Theatre in Hollywood, followed by releases online and on Disney+. After years of toiling away inside the engine room of a towering locomotive, two antiquated robots will risk everything for freedom and for each other. Directed by Brian Larsen. 8 minutes. From the Pixar Animation Studios SparkShorts program. See also SparkShorts.