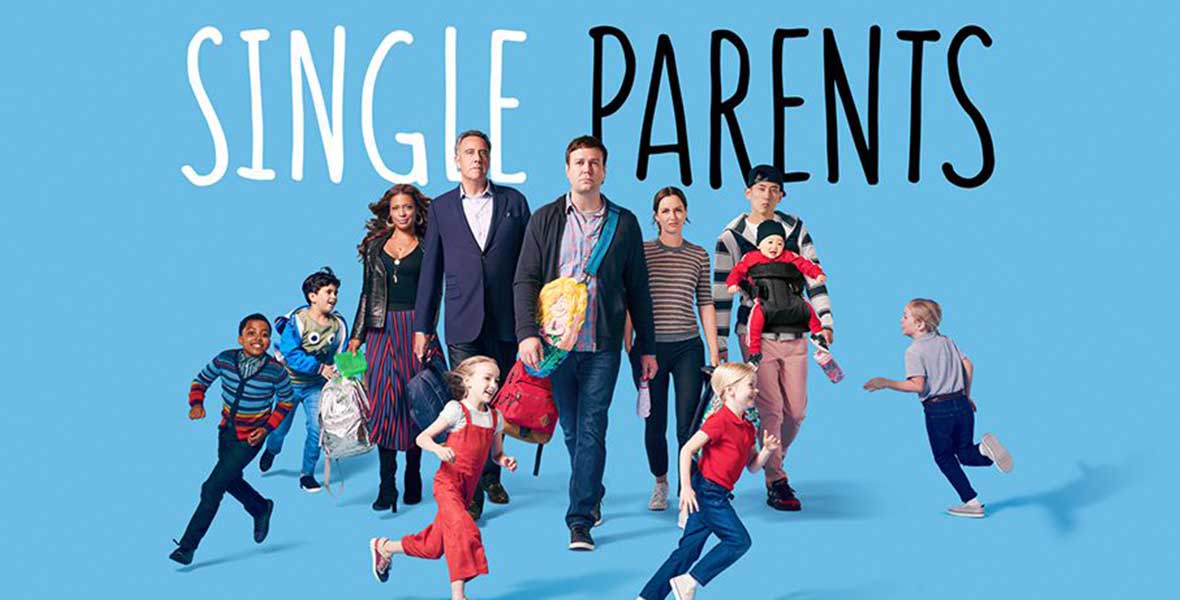 Single Parents (television) Half-hour comedy series on ABC, premiering Sep. 26, 2018. A group of single parents lean on each other to help raise their 7-year-old kids and maintain some kind of personal lives outside of parenthood. The series begins when the group meets Will, a 30-something guy who’s been so focused on raising his daughter that he’s lost sight of who he is as a man. When the other single parents see just how far down the rabbit hole of PTA, parenting, and princesses Will has gone, they band together to get him out in the world and make him realize that being a great parent doesn’t mean sacrificing everything about your own identity. Stars Taran Killam (Will), Leighton Meester (Angie), Kimrie Lewis (Poppy), Jake Choi (Miggy), Marlow Barkley (Sophie), Tyler Wladis (Graham), Devin Trey Campbell (Rory), Mia Allan (Emma), Ella Allan (Amy), Brad Garrett (Douglas). From 20th Century Fox Television and ABC Studios.