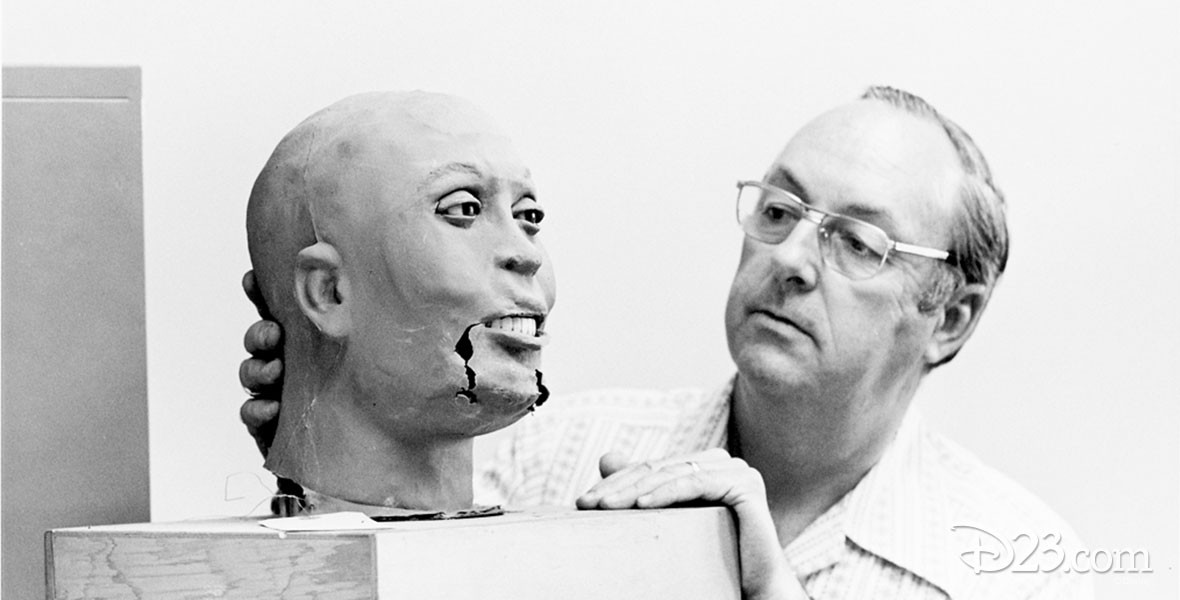 Rogers, Wathel (1919-2000) Artist/sculptor; started at Disney in 1939 in animation, and sculpted on his own time. He animated on the animated feature films between Pinocchio and Sleeping Beauty, and created props and miniatures for such films as Darby O’Gill and the Little People and The Absent-Minded Professor, and television shows such as the Mickey Mouse Club and Zorro. In 1954, Wathel was one of three founding members of the WED model shop, where he assisted in the construction of architectural models for Disneyland. He participated in Project Little Man, leading to Audio-Animatronics, which he programmed for many years for Disneyland, Walt Disney World, the New York World’s Fair, and Epcot attractions. He retired in 1987. He was named a Disney Legend in 1995.