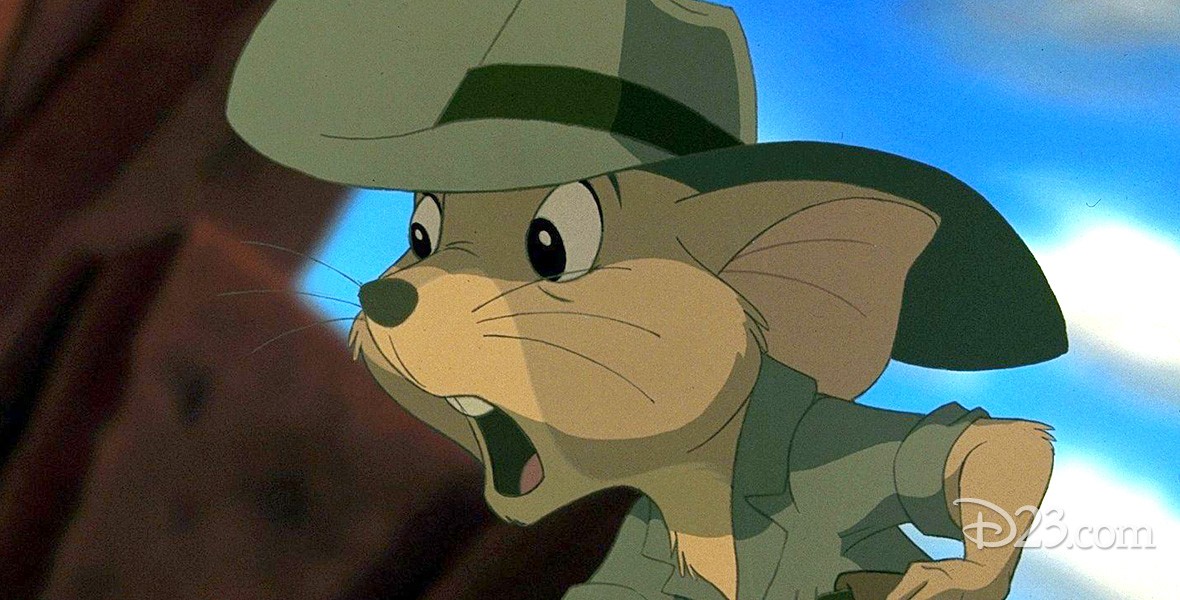 Rescuers Down Under, The (film) In Australia, the young Cody discovers that evil Percival McLeach has captured the magnificent eagle, Marahute. He manages to set her free only to be kidnapped himself, and later to see her recaptured. A frantic call for help goes out to the Rescue Aid Society, which sends the intrepid Bernard and Miss Bianca to help. They are aided by Wilbur from Albatross Air Lines, and in Australia are joined by Jake and frill-necked lizard Frank, in trying to outwit McLeach and save Marahute. Released on November 16, 1990. Directed by Hendel Butoy and Mike Gabriel. 74 min. Features the voice talents of Bob Newhart (Bernard), Eva Gabor (Bianca), John Candy (Wilbur), Tristan Rogers (Jake), Adam Ryen (Cody), Wayne Robson (Frank), George C. Scott (Percival McLeach), Douglas Seale (Krebbs), Frank Welker (Joanna). The first Disney animated classic essentially to be a sequel, to the 1977 hit film, The Rescuers. The production required a team of more than 415 artists and technicians. Five key members of the creative team traveled to the Australian Outback to observe for themselves its unique beauty, which they wanted to capture on film. They came home with hundreds of photographs of Ayers Rock, Katherine Gorge, and Kakadu National Park, and countless filled sketchbooks. Since Jim Jordan, who had voiced the albatross Orville in the original The Rescuers, had passed away, it was Roy E. Disney who suggested the character of Wilbur, Orville’s brother, as a replacement. The names, of course, were a play on the Wright Brothers. While the animation itself would be done by hand as it always has been, for the first time computer technology took the place of the Xerox process and the hand painting of cels (and it also enabled the inclusion of several spectacular visuals). The marketing effort for the film did not call attention to the fact that cels were not used, so that the film would be reviewed on its own merits and not in comparison to earlier Disney films. Released on video in 1991.