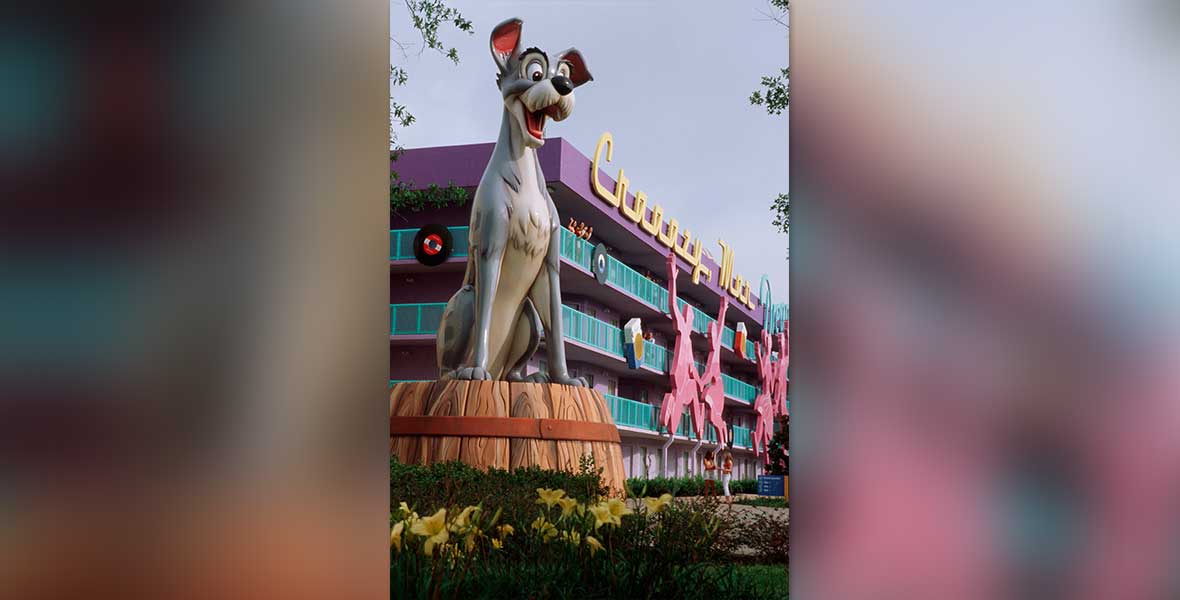 Pop Century Resort, Disney’s 5,760-room value resort planned for opening adjacent to Disney’s Wide World of Sports complex at Walt Disney World in 2002, but postponed due to a slowdown in Florida tourism after the New York terrorist attack. The theming highlights the toys, fads, technology breakthroughs, dance crazes, and catchphrases that defined each decade of the 20th century. Larger-than-life pop icons include the Big Wheel, Play-Doh®, Rubik’s Cube®, Duncan Yo-Yo, bowling pins, a laptop computer, and cellular phones. There were two phases planned, each with 2,880 rooms: the “Legendary Years” (1900s to 1940s) and the “Classic Years” (1950s to 1990s). The first phase, the Classic Years, opened December 14, 2003. The Legendary Years was never opened even though extensive work had been done, and the concept was eventually changed to that of the Art of Animation Resort, which opened in 2012.