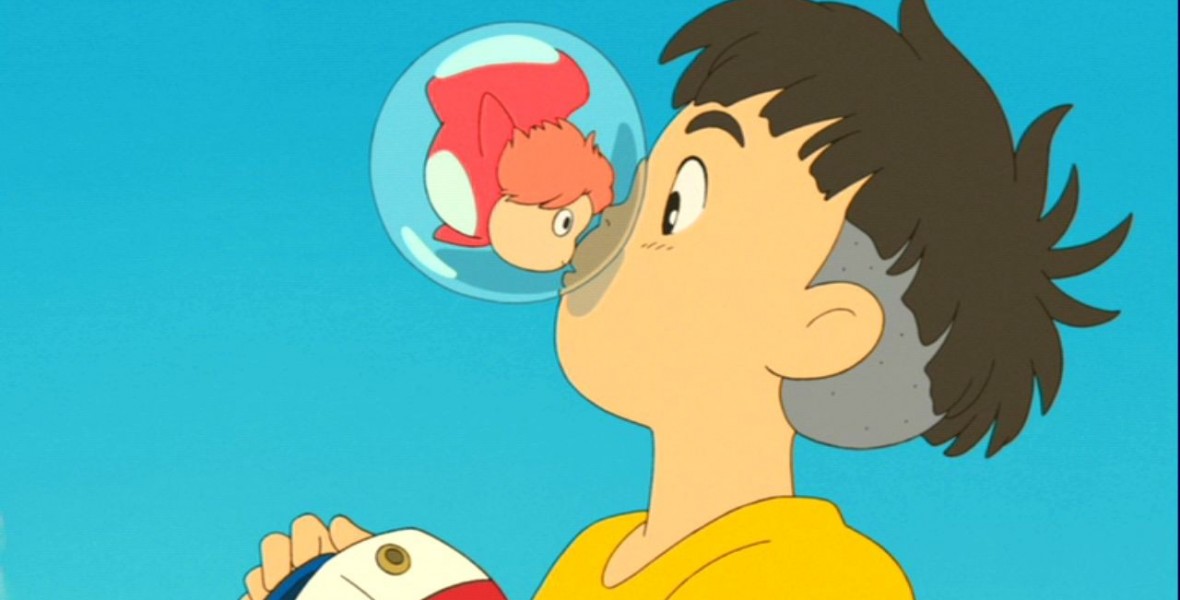 Ponyo (film) An animated feature about Sosuke, a 5-year-old boy who meets a goldfish girl who desires to become human and be his friend. When Sosuke, who lives on a cliff by the sea, finds her, he names her Ponyo. Her father, Fujimoto, an undersea god, sends his wave demons to look for his daughter, and bring her back to him. Ponyo uses her father’s magic to become human, but this causes imbalance in the world, which in turn results in a gigantic storm submerging much of the land. Ponyo rides the waves of the storm back to Sosuke, uses her magic to enlarge Sosuke’s toy boat, and they set out to find his mother who went to check on the residents of the nursing home where she worked. Granmammere, Ponyo’s mother, has rescued Lisa and the old ladies at the home, and she asks Sosuke if he can love Ponyo even if she is a fish; when he agrees, she restores the balance to the world. Released in the U.S. by Disney on August 14, 2009; original release in Japan on July 19, 2008. Directed by Hirao Miyazaki. Voices include Cate Blanchett (Gran Mamare), Matt Damon (Koichi), Tina Fey (Lisa), Liam Neeson (Fujimoto), Frankie Jonas (Sosuke), Noah Cyrus (Ponyo). Cloris Leachman (Noriko), Lily Tomlin (Toki), Betty White (Yoshie). Frankie Jonas is the younger brother of the Jonas Brothers singing group, and Noah Cyrus is the younger sister of Miley Cyrus. Inspired by Hans Christian Andersen’s The Little Mermaid. From Studio Ghibli; Japanese title is Gake no ue no Ponyo.

Pony Farm Pooch and the Pauper, The (television)