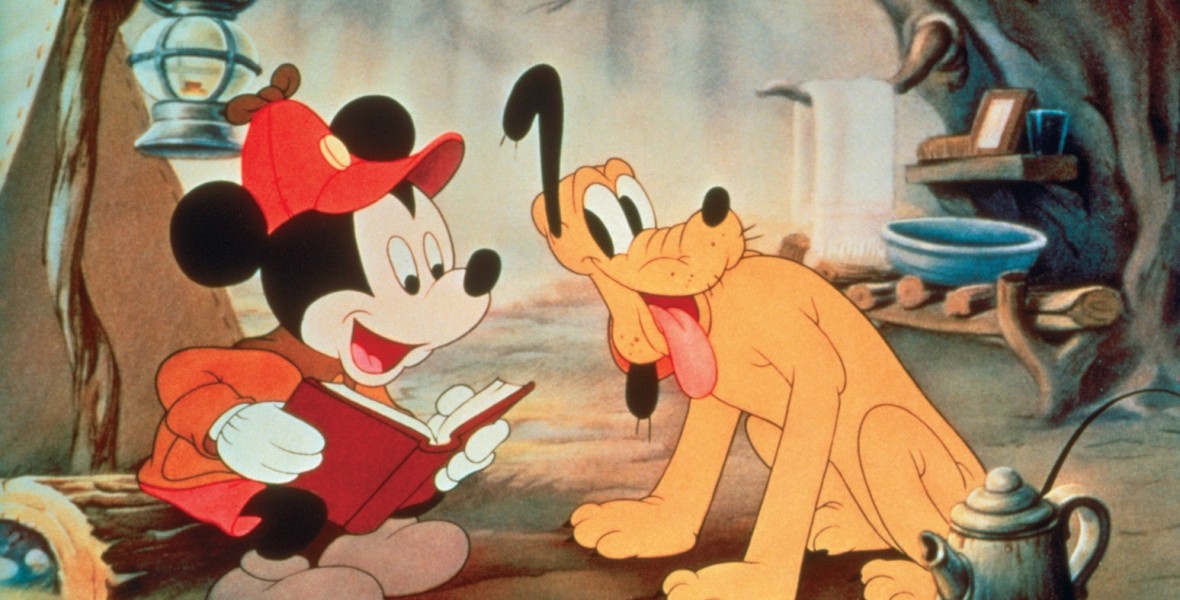 Pointer, The (film) Mickey Mouse cartoon; released on July 21, 1939. Directed by Clyde Geronimi. Mickey tries to teach Pluto to be a pointer in their hunt for quail. But they have a harrowing encounter with a huge bear and Pluto points instead to a can of beans—their dinner. Nominated for an Academy Award. It was in this cartoon that the public saw for the first time a redesigned Mickey Mouse, supervised by animator Fred Moore. Most noticeable were his eyes—now they had pupils in a white eye where before they were simple black ovals.