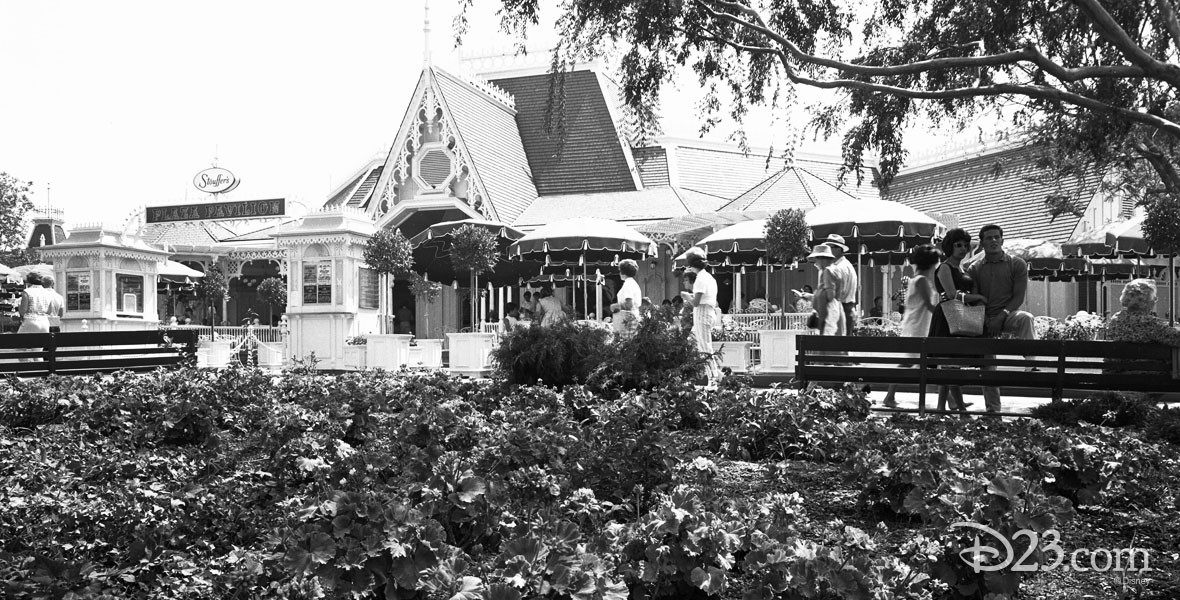 Plaza Pavilion Buffeteria restaurant on the hub at Disneyland; opened July 17, 1955. Before the Tahitian Terrace Restaurant was built on the backside of its building, guests could take their meals from the Plaza Pavilion to tables on a terrace overlooking the Jungle Cruise. An early specialty was a French dip beef sandwich. Open only during summer and holiday seasons. It closed in July 1998 and became an annual passport processing center from November 2000 to June 6, 2004.  Starting May 5, 2005, the patio was themed to a Main Street Fair, with pin trading, Pavilion pianist, lemonade stand, etc., and a Jr. Chef Baking Experience, hosted by Nestlé. It became Jolly Holiday Bakery on January 7, 2012.  Also in Westernland at Tokyo Disneyland; opened on April 15, 1983.