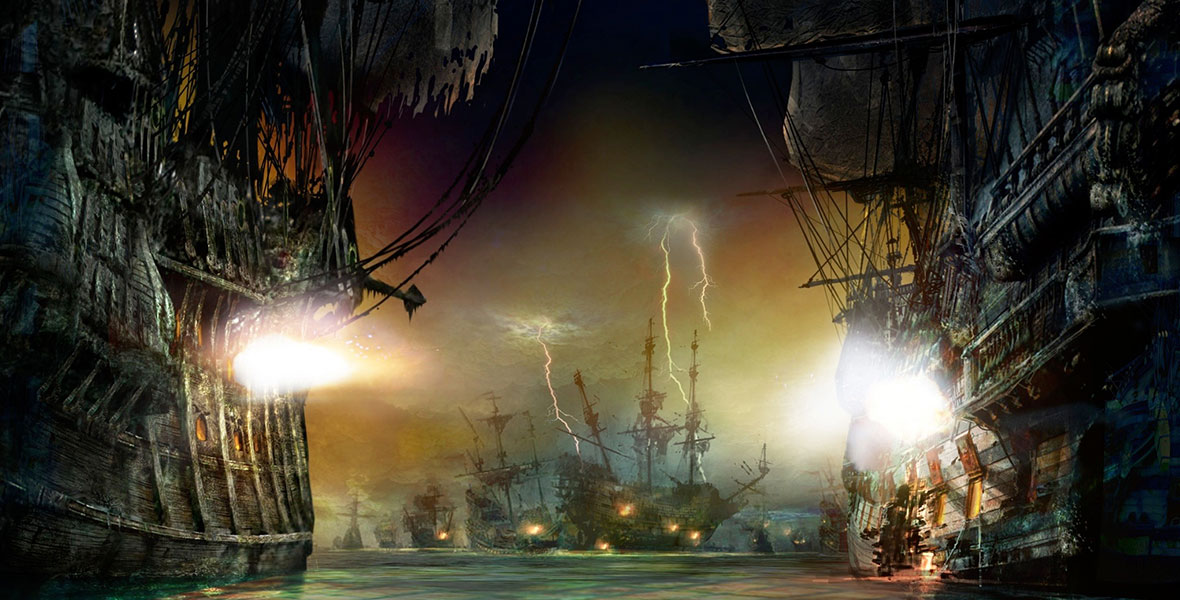 Pirates of the Caribbean – Battle for the Sunken Treasure A new take on the classic Disneyland attraction, celebrating the popular characters and creativity of the Pirates of the Caribbean films; opened June 16, 2016, in Treasure Cove at Shanghai Disneyland. Guests embark on a journey through the Caves of Misfortune, plummet to the Graveyard of the Lost Ships, explore the undersea world of Davy Jones, and become caught in the crossfires of an epic battle. Along the way, they encounter Captain Jack Sparrow, mermaids and the savage Kraken. The attraction features Audio-Animatronics figures and large-scale media projection, as well as a new ride system in which boats can spin, travel sideways, and move backwards.