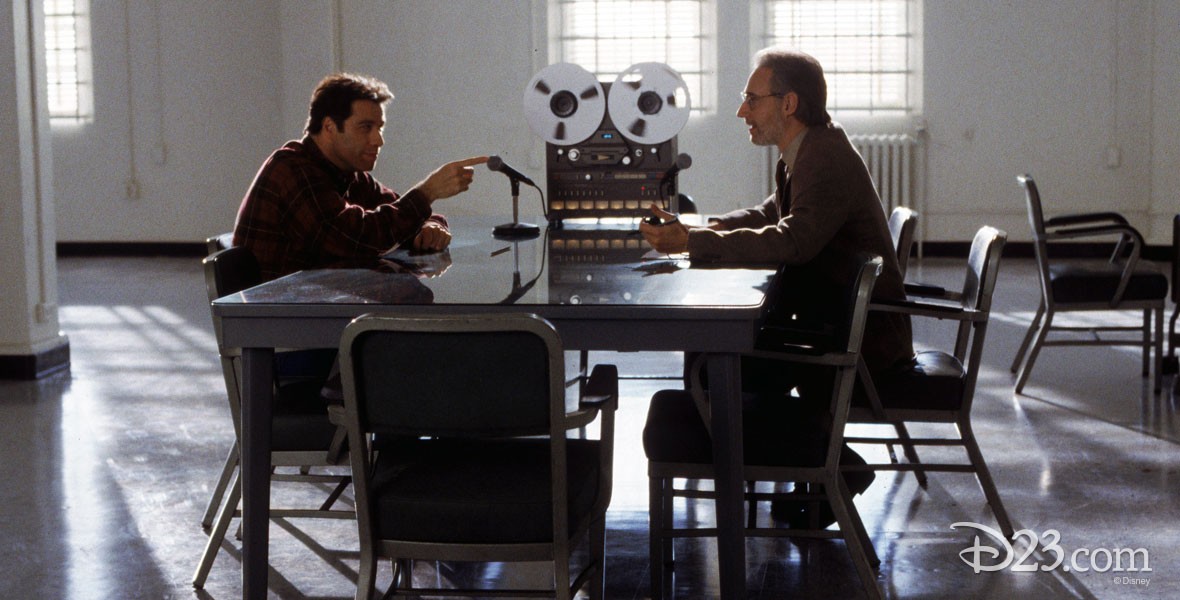 Phenomenon (film) George Malley, a regular guy, finds his life turned upside down when he is struck by a blinding white light on his 37th birthday.  Suddenly George has a newfound intelligence, and an insatiable appetite for learning, and rapidly becomes a genius.  Through a series of unusual situations, he gains widespread attention.  Renowned scientists want to meet him, the military wants to control him, and people all over the country seek his counsel.  The townspeople, on the other hand, afraid and in awe of George’s genius, turn their back on him.  But, as his intellectual powers grow, so does his understanding of humanity.  A Touchstone Picture.  Directed by Jon Turteltaub.  Released on July 3, 1996.  Stars John Travolta (George), Kyra Sedgwick (Lace), Robert Duvall (Doc), Forest Whitaker (Nate Pope), Richard Kiley (Dr. Wellin).  Filmed in CinemaScope.  123 min.  The town of Auburn, California, doubled for the fictional town of Harmon, but it was extensively redesigned, with practically every facade altered.  Farmhouses were utilized in Petaluma and Bodega Bay.  Released on video in 1997.