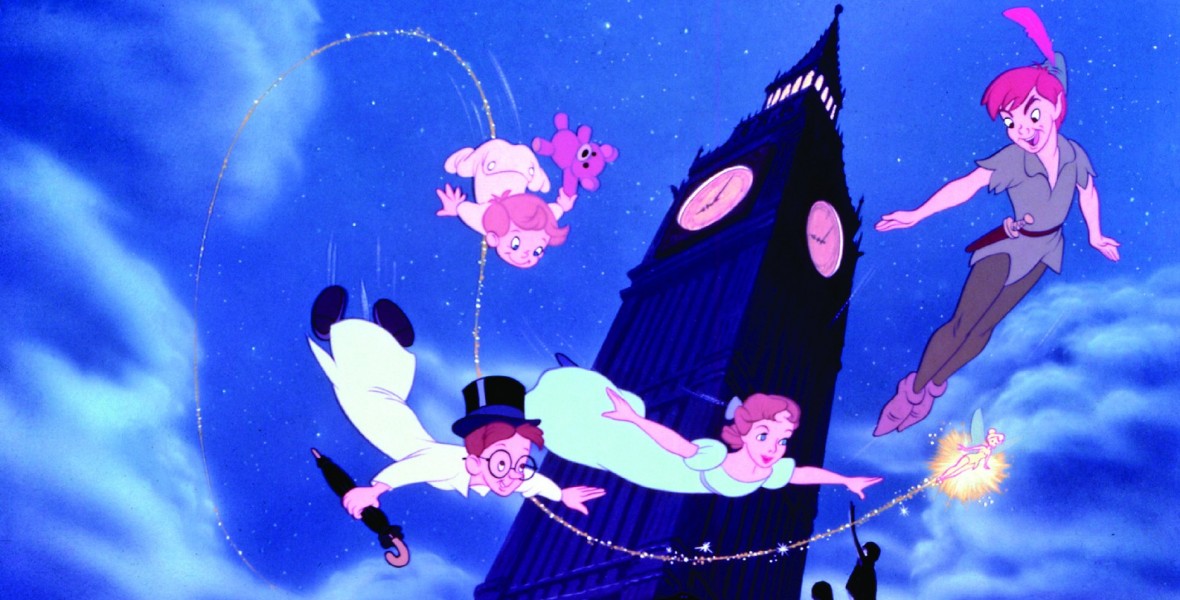 Peter Pan (film) Story of the magical boy who wouldn’t grow up who teaches the three Darling children—Wendy, John, and Michael—to fly to Never Land with him where they embark on adventures with the chief inhabitants, Captain Hook and his crew of pirates. The fairy, Tinker Bell, is jealous of Peter’s attentions to Wendy, and duped into helping Captain Hook. After rescuing the Indian princess, Tiger Lily, Peter must save his band, the Lost Boys, and the Darlings from Hook. Released on February 5, 1953. Directed by Hamilton Luske, Clyde Geronimi, Wilfred Jackson. Features the voices of Bobby Driscoll as Peter, Kathryn Beaumont as Wendy, Hans Conried as Captain Hook and Mr. Darling, and Bill Thompson as Mr. Smee, the Captain’s only friend. 77 min. Features the songs “You Can Fly, You Can Fly, You Can Fly,” “The Second Star to the Right,” and “Your Mother and Mine” by Sammy Cahn and Sammy Fain. Walt Disney planned as early as 1935 to make this film, arranging in 1939 with the Great Ormond Street Hospital in London (who had the rights to the play bequeathed by author James M. Barrie) for permission, but it was not until 1949 that production actually began. It was re-released in theaters in 1958, 1969, 1976, 1982, and 1989. Released on video in 1990.

Peter and the Wolf (film) Peter Pan Story, The (film)