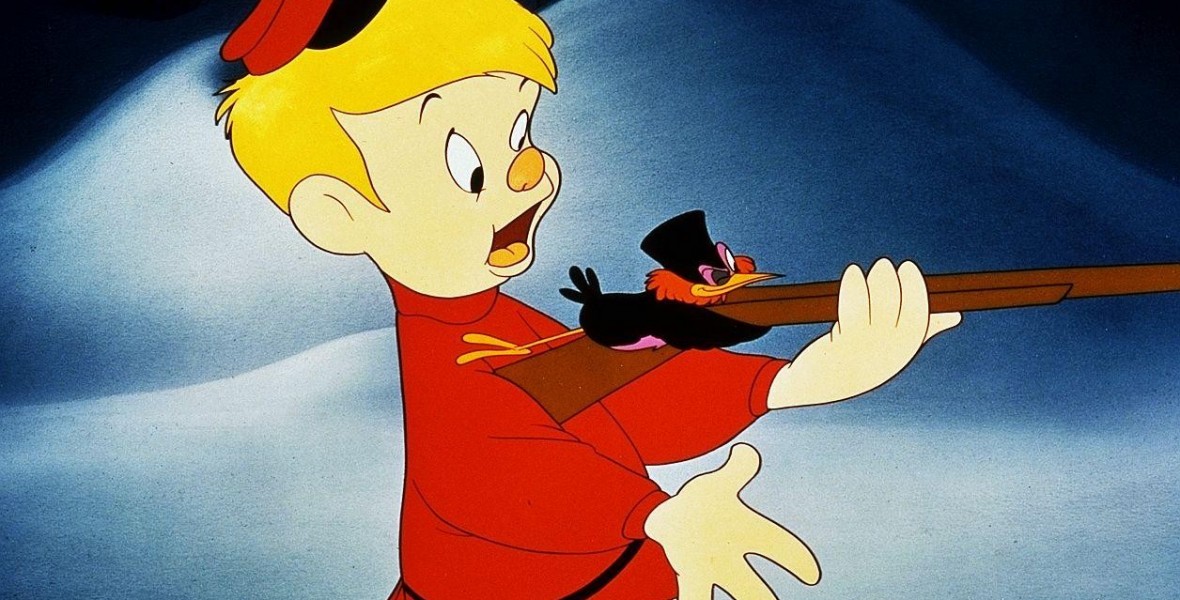 Peter and the Wolf (film) Segment of Make Mine Music, told by Sterling Holloway, about the brave young boy who goes with a duck, cat, and bird to catch the wolf, with each character represented by a musical instrument in the orchestra. Peter is represented by a string quartet; Sasha the bird by a flute, Sonia the duck by an oboe, Ivan the cat by a clarinet, Grandpa by a bassoon, and the hunters by kettle drums. The music is by Prokofiev. It was re-released as a short on September 14, 1955. 16 min. Released on video in 1982 and 1991.