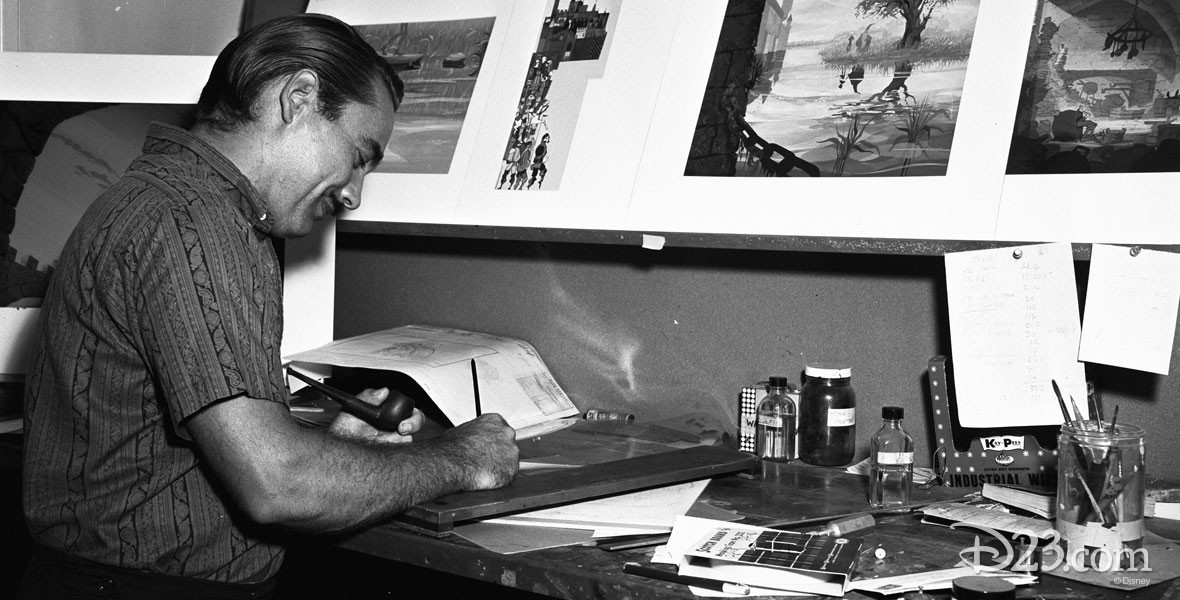 Peregoy, Walt (1925-2015) After a few years as an in-betweener in the late 1930s, Walt left the Studio for over a decade, returning in 1951 to work as a designer and animator on Peter Pan and Lady and the Tramp. He became lead background painter on Sleeping Beauty and did color styling on 101 Dalmatians. He left Disney after working on the features from The Sword in the Stone to The Jungle Book, but returned in 1977 as an Imagineer working on architectural facades, sculptures, and murals for The Land and Journey Into Imagination at Epcot. He was named a Disney Legend in 2008.