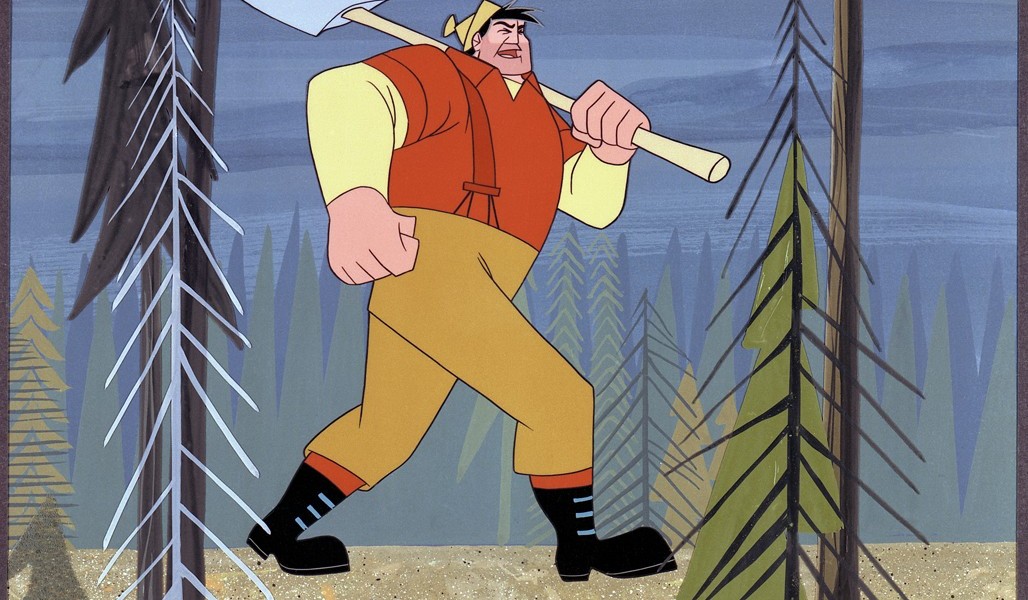 Paul Bunyan (film) Special cartoon featurette; released on August 1, 1958. Directed by Les Clark. One day, after a great storm on the coast of Maine, the townspeople found baby Paul Bunyan on the beach where the heavy seas had left him. Paul grows to a great size and becomes a legend with his double-bladed axe and friend, Babe, the Blue Ox. But the prosperity Paul brought to his land ultimately defeats him when steam saws are produced that can do the job easier and faster than Paul and his ox. 17 min. Released on video in 1983 and 1995.