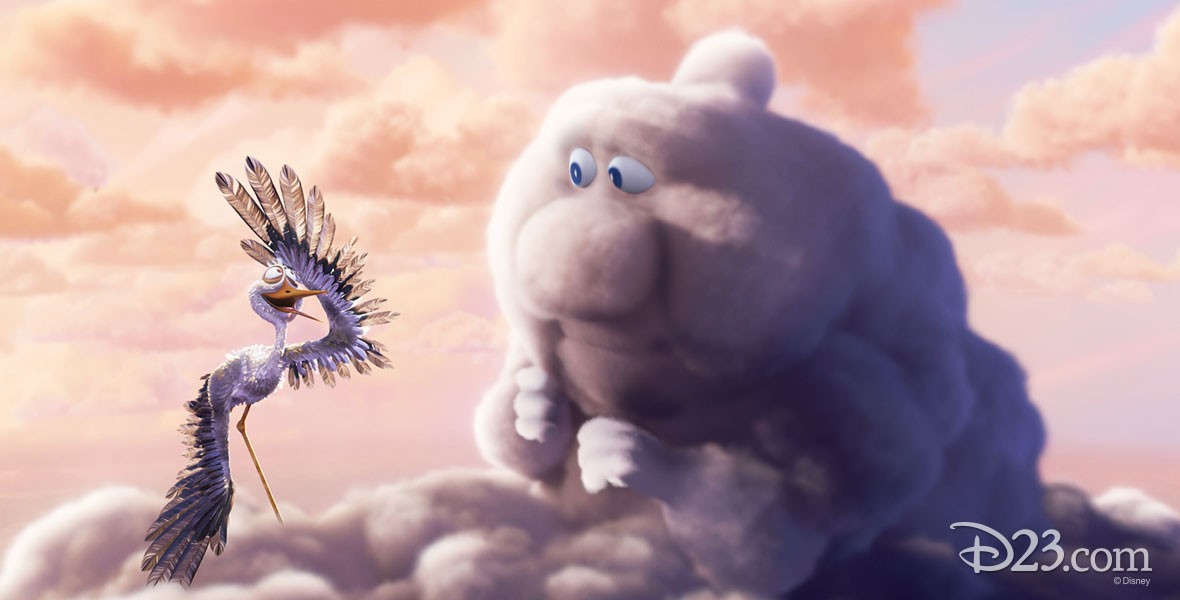 Partly Cloudy (film) Up in the stratosphere, cloud people sculpt babies from clouds and bring them to life, to then be delivered by storks. Gus, a lonely and insecure gray cloud, is a master at creating “dangerous” babies such as crocodiles, porcupines, and rams, but these cause no end of trouble for his loyal delivery stork partner, Peck. As Gus’s creations become more and more rambunctious, Peck’s job gets harder and harder. Directed by Peter Sohn. Animated short, from Pixar, released with Up, on May 29, 2009. 6 min.

Part of Your World Partners