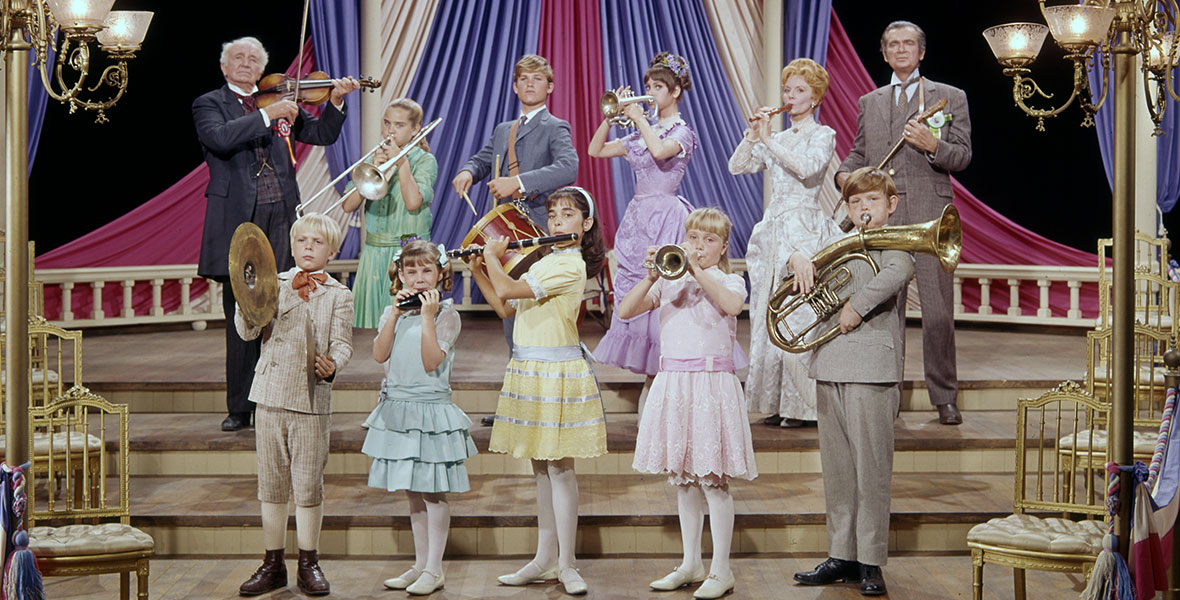 One and Only, Genuine, Original Family Band, The (film) In the year 1888, the eleven members of the Bower family comprise “The One and Only, Genuine, Original Family Band, “ which is practicing to perform at the Democratic Presidential Convention for Grover Cleveland. But their plans go askew when a young Republican newspaperman, who supports Cleveland’s rival, Benjamin Harrison, falls in love with Alice Bower, and convinces even Grandpa that they should move to the Dakota Territory. The family inescapably becomes involved in personal and political problems once they arrive. Difficulties end on Election Day, however, and the family band harmonizes once more. World premiere in New York on March 21, 1968. Directed by Michael O’Herlihy. 110 min. Stars Walter Brennan (Grandpa Bower), Buddy Ebsen (Calvin), Lesley Ann Warren (Alice), John Davidson (Joe Carder), Kurt Russell (Sidney), Janet Blair (Katie), Wally Cox (Mr. Wampler). Goldie Jean Hawn plays a bit part as a giggly girl and later shortened her name as she moved into stardom in a host of films. The film is based on the autobiographical novel by Laura Bower Van Nuys. The musical numbers were choreographed by Hugh Lambert and written by Richard M. Sherman and Robert B. Sherman. The songs include: “Dakota, ” “The One And Only, Genuine, Original Family Band, ” “Let’s Put it Over with Grover, ” “Ten Feet Off The Ground, ” “‘Bout Time, ” “The Happiest Girl Alive, ” and “West o’ the Wide Missouri.” Released on video in 1981 and 1985.

One and Only You (film) One by One (film)