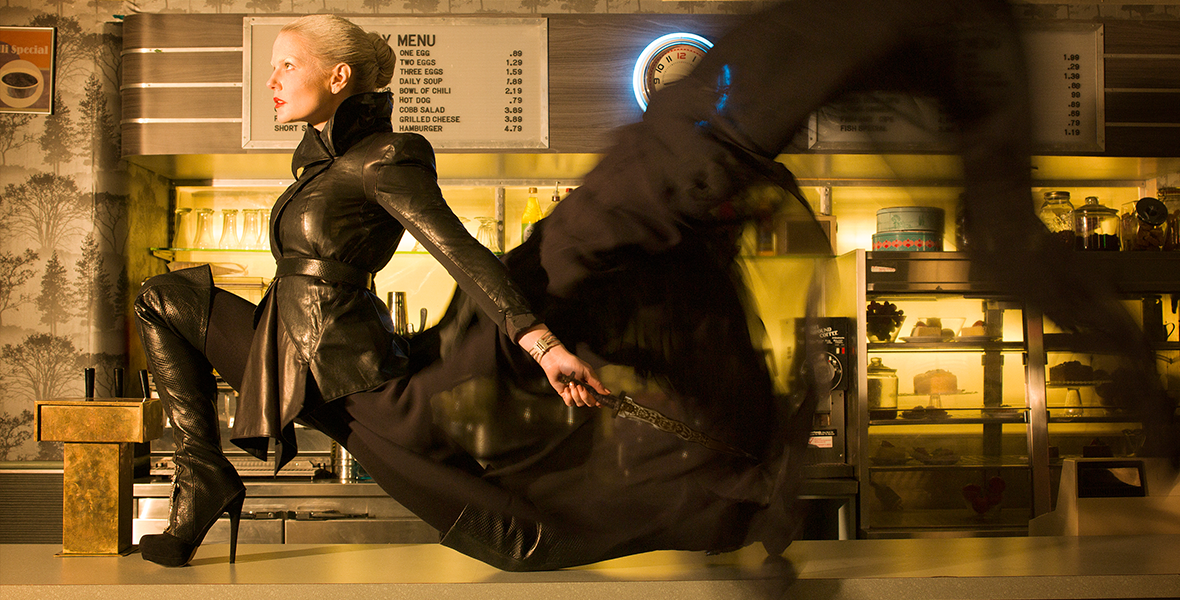 Once Upon a Time (television) Drama series on ABC premiering on Oct. 23, 2011 and ending on May 18, 2018. Emma Swan, a 28-year-old bail bonds collector, has been on her own ever since she was abandoned as a baby. But when Henry, the son she gave up years ago finds her, everything starts to change. He believes that Emma actually comes from an alternate world and is Snow White and Prince Charming’s missing daughter. According to his book of fairytales, they sent her away to protect her from the Evil Queen’s curse, which trapped the fairytale world forever, frozen in time, and brought them into our modern world. Emma doesn’t believe a word, but when she brings Henry back to Storybrooke, she finds herself drawn to this unusual boy and his strange New England town. Stars Jennifer Morrison (Emma Swan), Jared Gilmore (Henry), Ginnifer Goodwin (Snow White/Mary Margaret), Robert Carlyle (Rumplestiltskin/Mr. Gold), Lana Parrilla (Evil Queen/Regina), Jamie Dornan (Sheriff Graham), Josh Dallas (Prince Charming/John Doe), Raphael Sbarge (Jiminy Cricket/Archie).