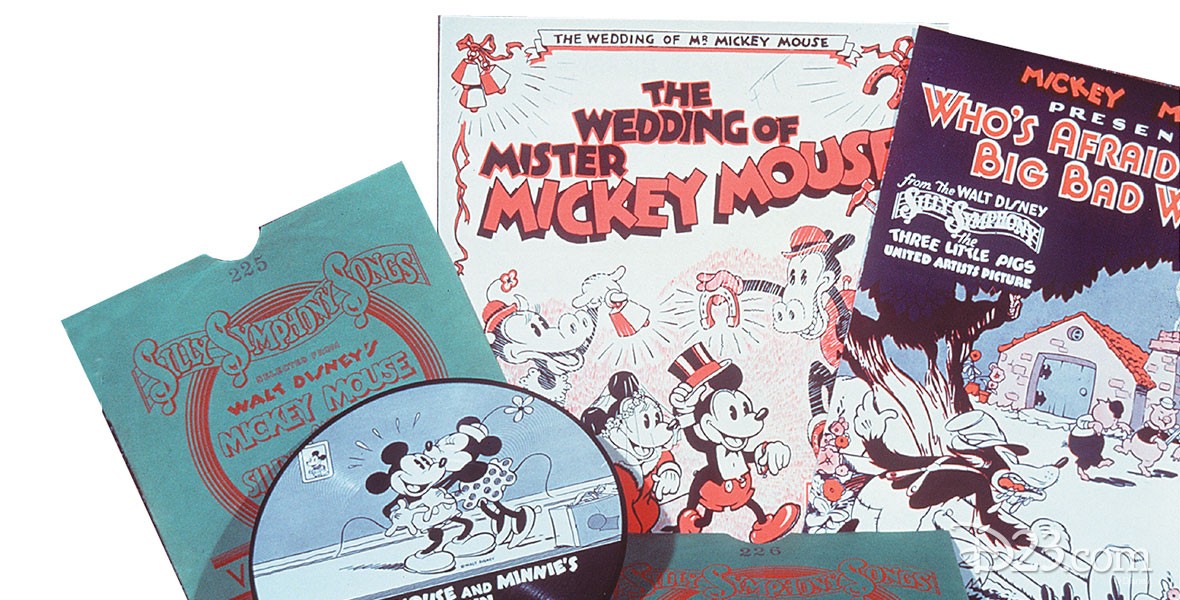 Music Music has been an important part of Disney films ever since Steamboat Willie. The Silly Symphony series was built around musical themes, and the animated features, beginning with Snow White and the Seven Dwarfs, carefully integrated music into the plots. Disney songs were released on sheet music beginning in 1930 with “Minnie’s Yoo Hoo.” “Who’s Afraid of the Big Bad Wolf” in 1933, from Three Little Pigs, was the most popular song to come out of a short cartoon. Practically all of the songs from Snow White made it onto the hit parade, and with “When You Wish Upon a Star, ” Disney songs began receiving Oscar honors. Snow White was the first feature film to have a sound track album. Television contributed to the Disney song catalog, with “The Ballad of Davy Crockett” and “The Mickey Mouse Club March” perhaps the most popular. In 1949, Disney established its own Walt Disney Music Company, and soon began releasing its own records. Storyteller albums were introduced, and eventually cassettes and CDs. The establishment of Hollywood Records in 1990 represented a move into the field of contemporary music, primarily unrelated to Disney films. Mammoth Records and Lyric Street Records were added as new labels in 1997.

Mushu Music for Everybody (television)