Home / Disney A to Z / M / Muppets, The (television)
Skip to content 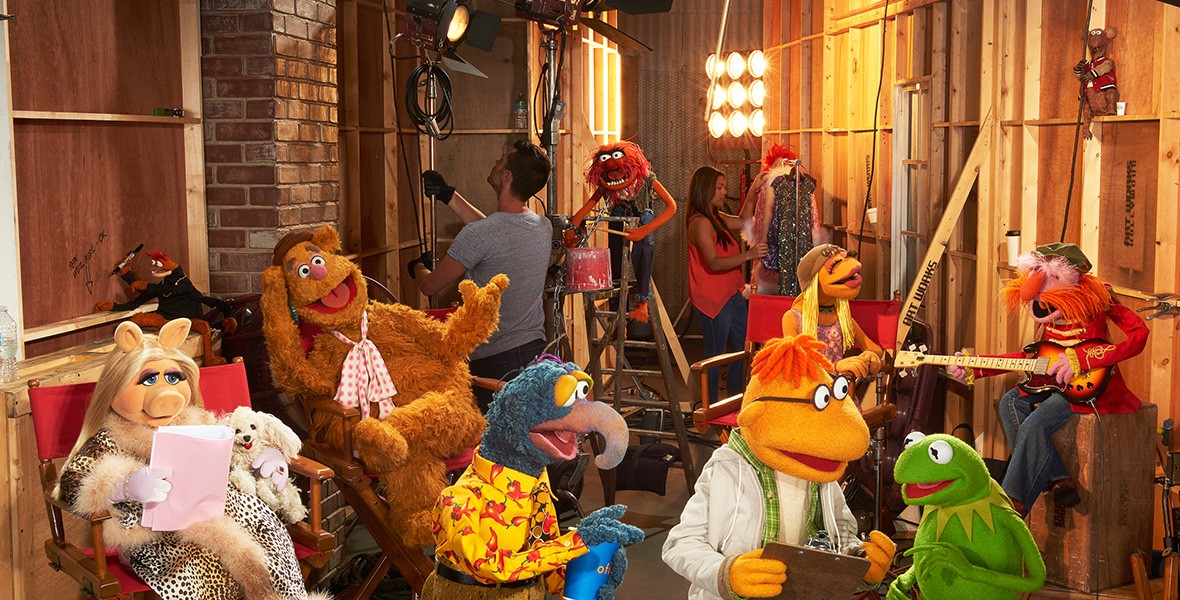 Muppets, The (TV) The Muppets returned on ABC with a documentary-style show, premiering on September 22, 2015 and ending March 1, 2016, which explores the Muppets’ personal lives and relationships, both at home and at work, as well as romances, breakups, achievements, disappointments, wants, and desires. Kermit the Frog and the rest of the Muppet gang are producing a late-night talk show, Up Late with Miss Piggy. Although Kermit and Miss Piggy are officially broken up and dating other people, Kermit still serves as executive producer of her talk show, which proves to be a very challenging task. Produced by ABC Studios and The Muppets Studio.

Muppets, The (film) Muppets’ Wizard of Oz, The (television)