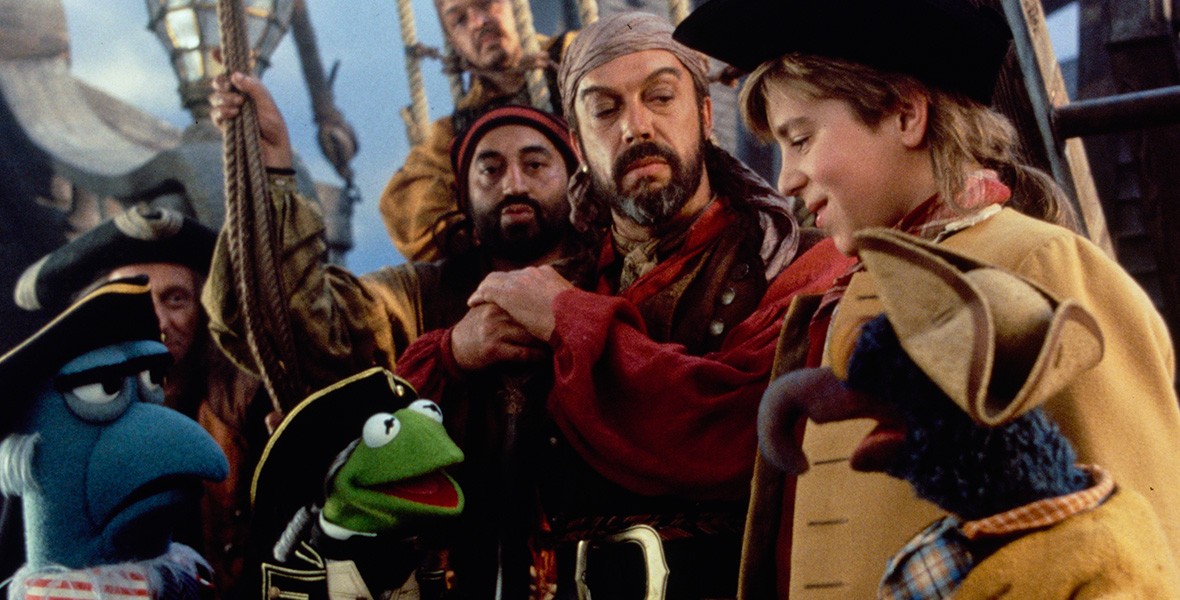 Muppet Treasure Island (film)  Young Jim Hawkins is given a treasure map by a mysterious sailor, and he sets sail with his pals, Gonzo and Rizzo, on a high-seas adventure.  Joining them on the expedition is the Squire Trelawney (Fozzie Bear), the dashing Captain Smollett (Kermit), and the mutinous Long John Silver.  When Silver and his crew seize the map and take Jim hostage, it is up to Captain Smollett and his men to come to the rescue.  But, first, who will rescue them from a tribe of native warthogs, ruled by their queen, Benjamina Gunn (Miss Piggy)?  Directed by Brian Henson.  Released on February 16, 1996.  Stars Tim Curry (Long John Silver), Kevin Bishop (Jim Hawkins), Billy Connolly (Billy Bones), Jennifer Saunders (Mrs. Bluveridge).  99 min.  The film was shot over fourteen weeks on seven stages at Shepperton Studios outside London.  Released on video in 1996.