Home / Disney A to Z / M / Monsanto House of the Future 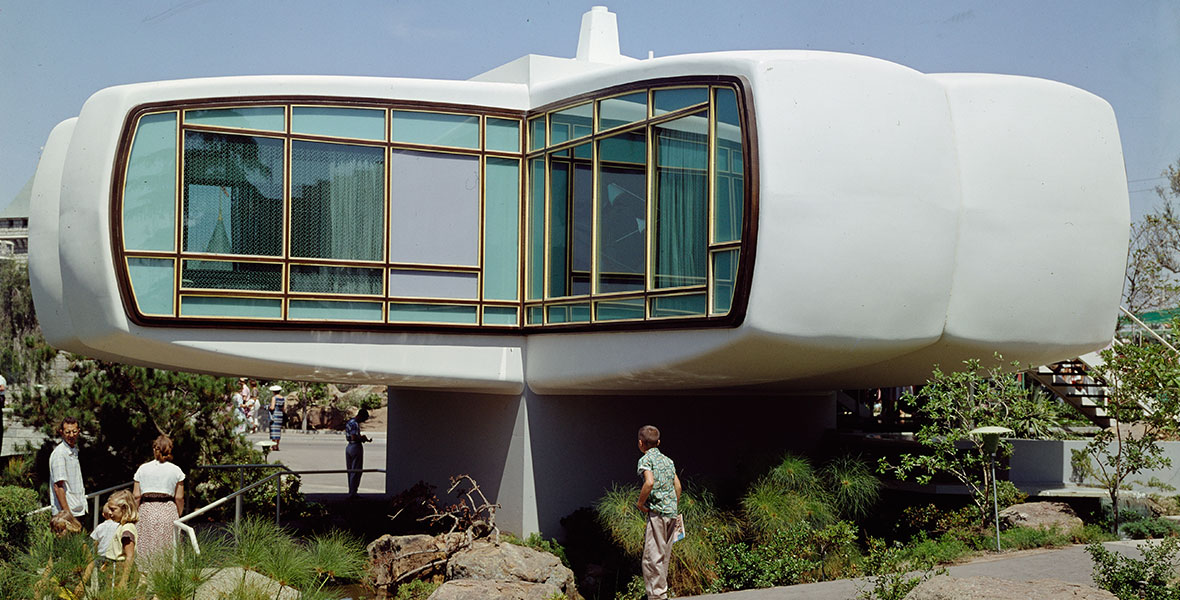 Monsanto House of the Future Modernistic house on display in Tomorrowland at Disneyland from June 12, 1957, until December 1967. Built of plastics, the four-winged, cantilevered house featured the latest in furniture and appliances, along with intercoms and other gadgets that were uncommon in the homes of the time. By 1967, the future had caught up with the house, so preparations were made to tear it down. But, it was so well built that when the wrecker’s ball struck the house, it merely bounced off. Eventually, the demolition experts had to take their saws and crowbars and pry the place apart piece by piece.