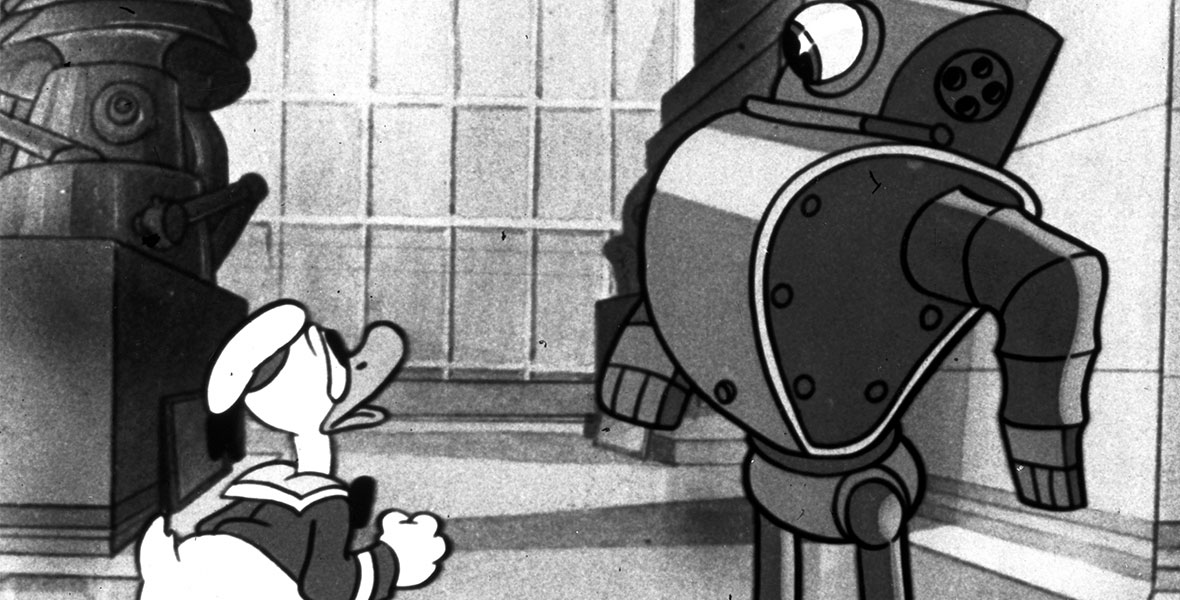 Modern Inventions (film) Mickey Mouse cartoon; released on May 29, 1937. The first cartoon directed by Jack King. While released as a Mickey cartoon, Mickey does not appear; Donald Duck is the star. A robotic butler continually takes Donald’s hat when he doesn’t want the butler to have it; Donald keeps pulling new hats out of thin air.