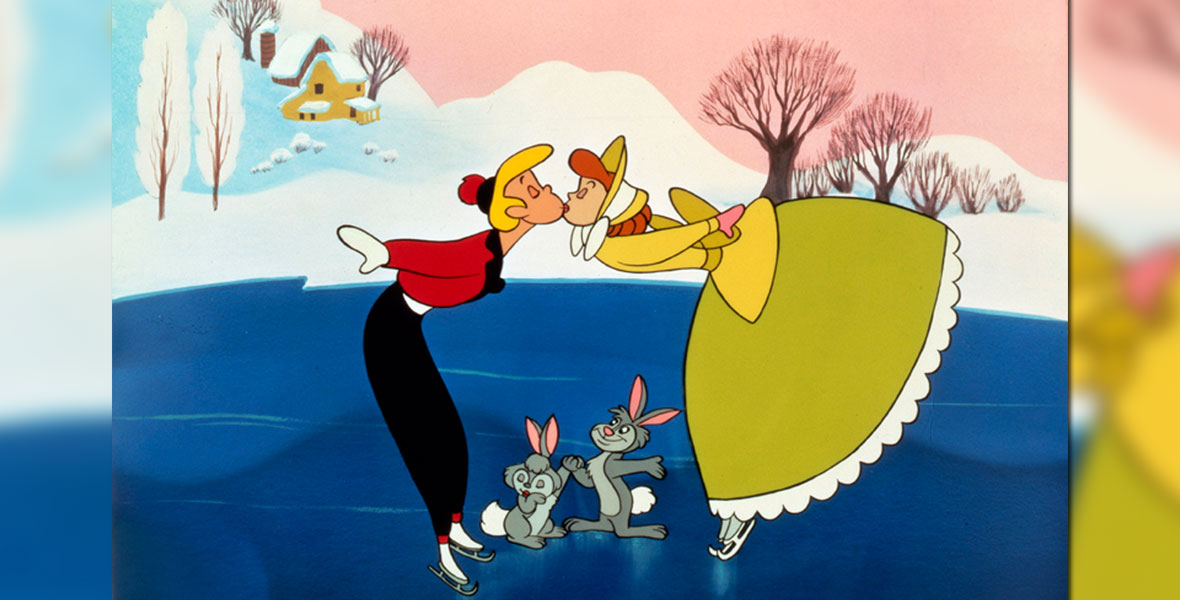 Melody Time (film) An animation/live-action feature consisting of seven sequences: (1) Once Upon a Wintertime, sung by Frances Langford, tells of a winter romance by both human and bunny couples sleighing and skating in the 1800s; (2) Bumble Boogie, played by Freddy Martin and his orchestra, is a fantasy of a bee’s nightmare; (3) Johnny Appleseed in which Dennis Day portrays the characters of the old settler, Johnny Appleseed, and Johnny’s angel, telling the story of the pioneer who heads out west planting apple trees as he goes; (4) Little Toot, sung by the Andrews Sisters, tells of a little tugboat who wants to be like his father, but keeps getting into trouble; (5) Trees, with Fred Waring and his Pennsylvanians interpreting Joyce Kilmer’s poem; (6) Blame It on the Samba, sung by the Dinning Sisters, in which Donald is taught to samba by José Carioca, and interacts with Ethel Smith at the organ; and (7) Pecos Bill, told and sung by Roy Rogers and the Sons of the Pioneers to Luana Patten and Bobby Driscoll; after singing “Blue Shadows on the Trail, ” Roy recounts how the legendary Pecos Bill was born, raised, and fell in love with Slue Foot Sue. Released on May 27, 1948. Directed by Clyde Geronimi, Hamilton Luske, Jack Kinney, Wilfred Jackson. 75 min. Songs include “Melody Time, ” “The Apple Song, ” “Little Toot, ” and “Pecos Bill.” Many of the segments were later released separately as shorts. Released on video in 1998.