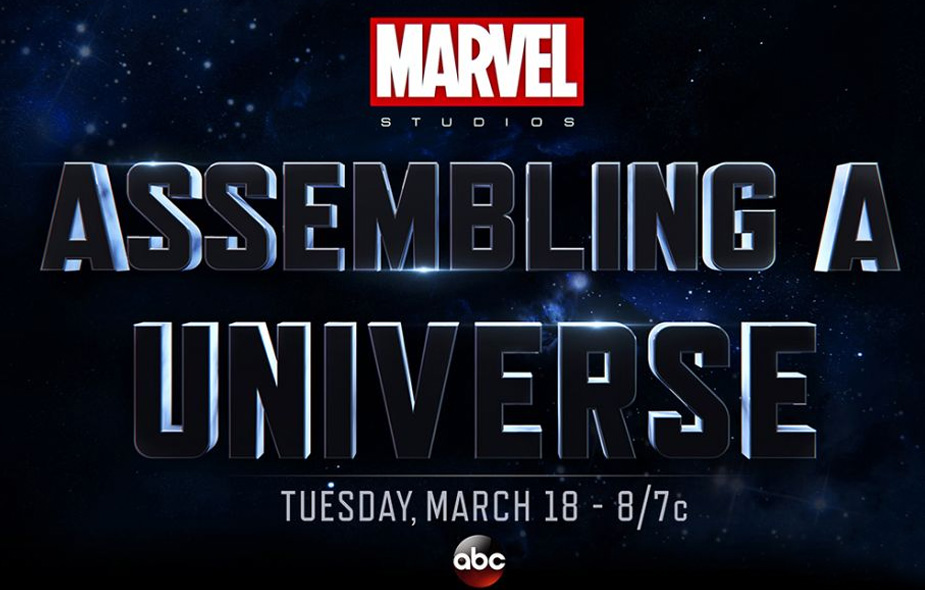 Marvel Studios: Assembling a Universe (television) Hour-long documentary special on ABC, premiering on March 18, 2014. Audiences are taken further into the Marvel Cinematic Universe than ever before, with a front row seat to the inception of Marvel Studios, the record-breaking films, the cultural phenomenon, and further expansion of the universe by Marvel Television. Featured are exclusive interviews, behind-the-scenes footage from all of the Marvel films, and footage from upcoming television and theatrical releases.