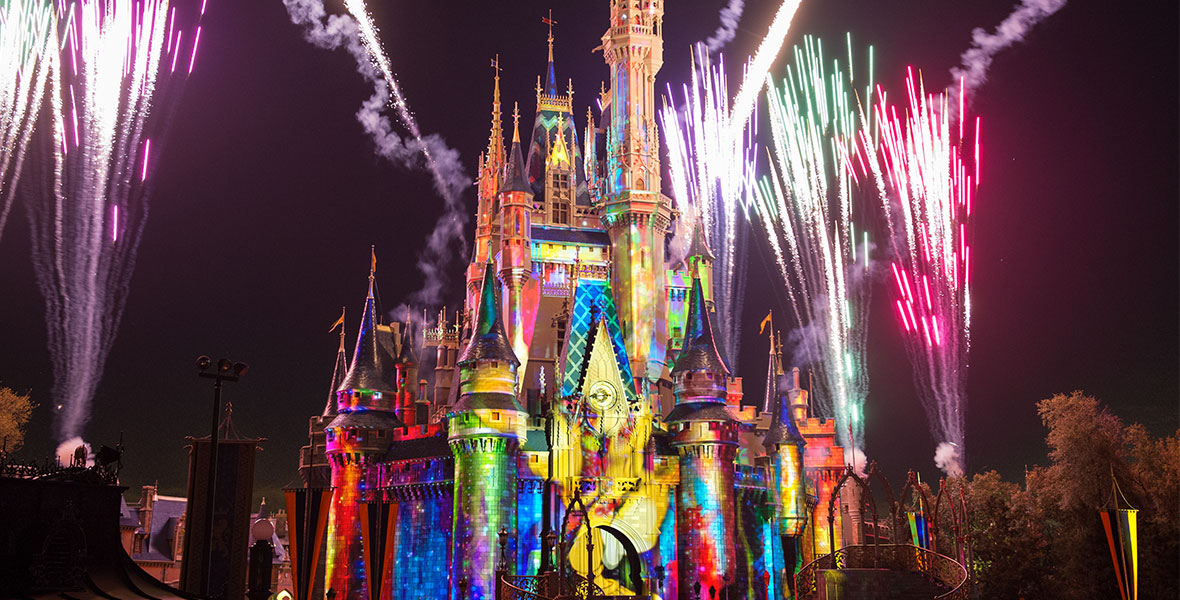 Magic, The Memories, and You!, The Special nighttime spectacular at Magic Kingdom Park at Walt Disney World in which projections transform Cinderella Castle into a kaleidoscope of Disney characters and stories to music and special effects. Premiered Jan. 19, 2011. A second version was introduced in Disneyland beginning Jan. 27, 2011 featuring projections on it’s a small world. Special versions featuring holidays and new Disney films have been done. The Magic Kingdom show was replaced by Celebrate the Magic in November 2012. Celebrate the Magic was replaced by Once Upon a Time on Nov. 4, 2016.