Home / Disney A to Z / L / Lovestruck: The Musical (television) 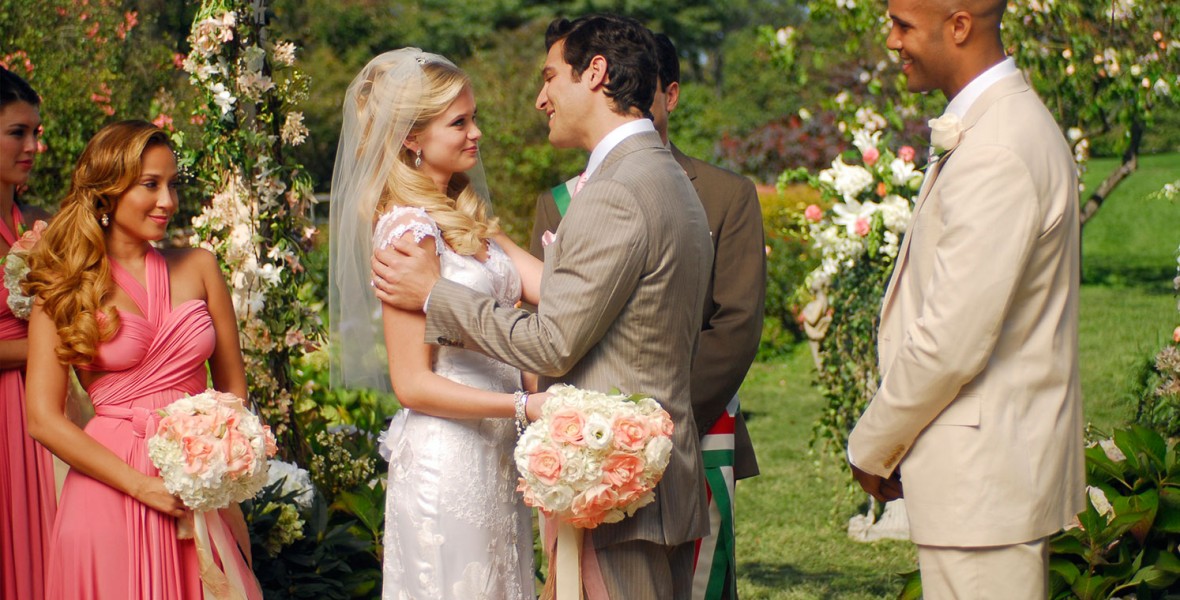 Lovestruck: The Musical (television)  Original Movie Musical, premiering on ABC Family on April 21, 2013.  Harper, a choreographer and former Broadway dancer, is dismayed when her daughter, Mirabella, quits Harper’s next big production in order to get married to an Italian playboy.  Harper, determined not to let her daughter give up her career for love, travels to Italy, but in drinking a strange elixir becomes 30 years younger.  Teaming with her ex-husband, who also drinks the elixir, she infiltrates the wedding, but eventually realizes she is wrong and tries to reverse the damage she has caused.  Directed by Sanaa Hamri.  Stars Jane Seymour (Harper), Sara Paxton (Mirabella), Alexander DiPersia (Marco), Tom Wopat (Ryan).  The younger Harper and Ryan are played by Chelsea Kane and Drew Seeley respectively.  Working title was Elixir.  Produced by Boss Productions for ABC Family.