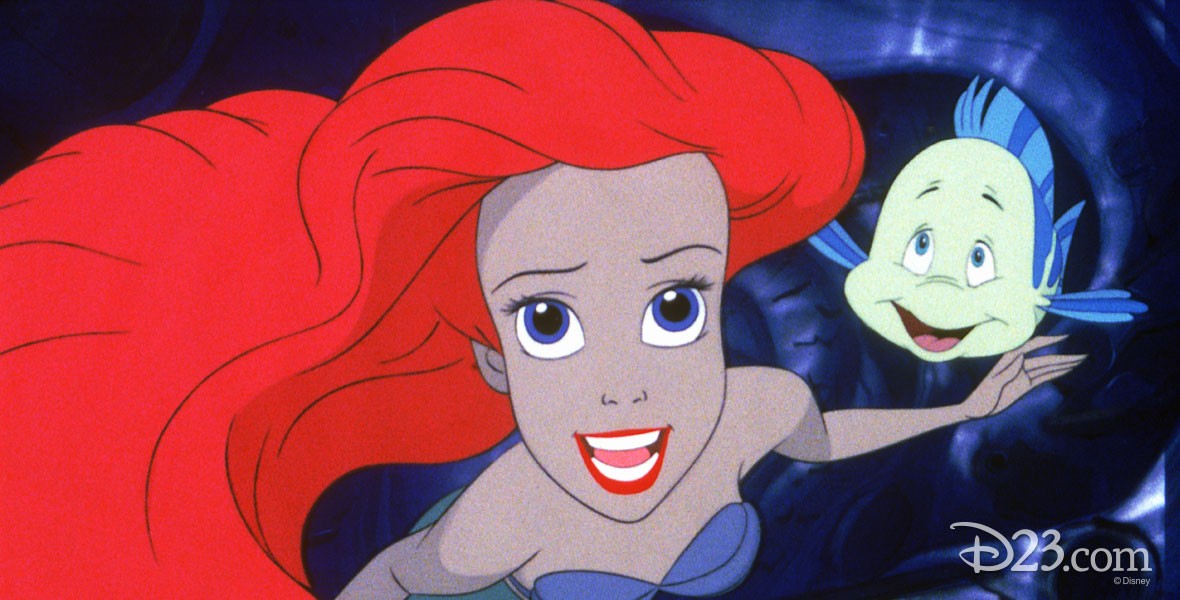 Little Mermaid, The (film) Animated tale of a beautiful young mermaid, Ariel, who is fascinated by the human world, to the dismay of her father, King Triton. She spies Prince Eric and falls hopelessly in love. Sebastian the crab is sent by the king to keep an eye on Ariel, though he cannot stop her from rescuing the prince during a storm. Ursula the sea witch plots to grant Ariel’s wish to be human, in exchange for her beautiful voice, and as part of a larger scheme to gain control of Triton’s realm. Eric finds himself falling for the now-human mermaid, but Ursula tricks him and Ariel, now mute, cannot warn him. Finally, Ariel and Eric together foil Ursula’s evil plans, save the undersea kingdom, and receive Triton’s blessing. Initial release on November 15, 1989, in Los Angeles and New York; general release on November 17, 1989. Directed by John Musker and Ron Clements. 82 min. Voices include Jodi Benson (Ariel), Pat Carroll (Ursula), Christopher Daniel Barnes (Eric), Buddy Hackett (Scuttle), Kenneth Mars (Triton), Samuel E. Wright (Sebastian), Ben Wright (Grimsby), René Auberjonois (Louis). Songs by Howard Ashman and Alan Menken. The first Disney animated feature based on a classic fairy tale in three decades (since Sleeping Beauty), this film turned to the famous story by Hans Christian Andersen. Disney artists had considered an animated film of The Little Mermaid in the late 1930s, and illustrator Kay Nielsen prepared a number of striking story sketches in pastels and watercolors. For this film, the artists received inspiration from the Nielsen story sketches that were brought out of the Archives for them to study, and they gave Kay Nielsen a “visual development” credit on the film. Actress Sherri Stoner was the live-action model for Ariel. The film had more effects than probably any animated film since Fantasia; nearly 80 percent of the film required some kind of effects work—storms at sea, billowing sails, schools of fish, shadows, raging fire, explosions, magic pixie dust, surface reflections, underwater distortions, ripples, and bubbles. Academy Award winner for best song (“Under the Sea”) and best original score. Re-released in theaters in 1997; released on video in 1990 and 1998. A 3D version of the film played for a month at the El Capitan Theater in Hollywood beginning September 13, 2013, prior to a Blu-ray release.