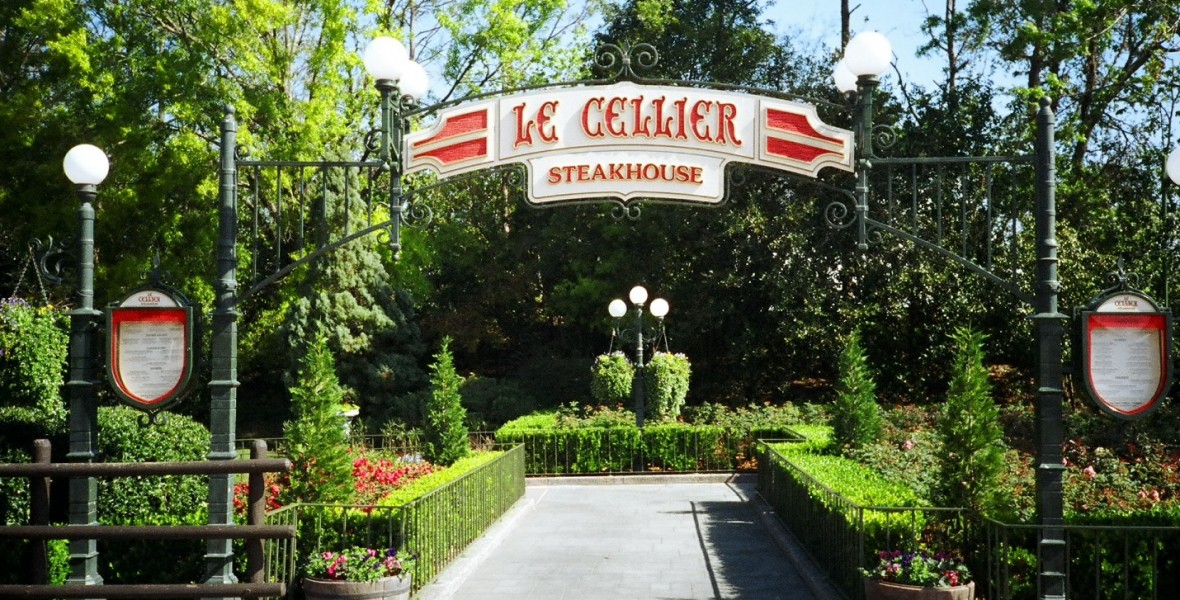 Le Cellier Buffeteria restaurant in Canada in World Showcase at Epcot; opened on October 1, 1982. Salmon, maple-syrup pie, strawberry-rhubarb cobbler, and other delicacies from north of the border were originally featured. On June 25, 1995, the restaurant reopened after being closed for nine months, with a new menu featuring deli-style sandwiches and salads. Another change was made as of July 20, 1997, with the restaurant becoming a full-service steakhouse.