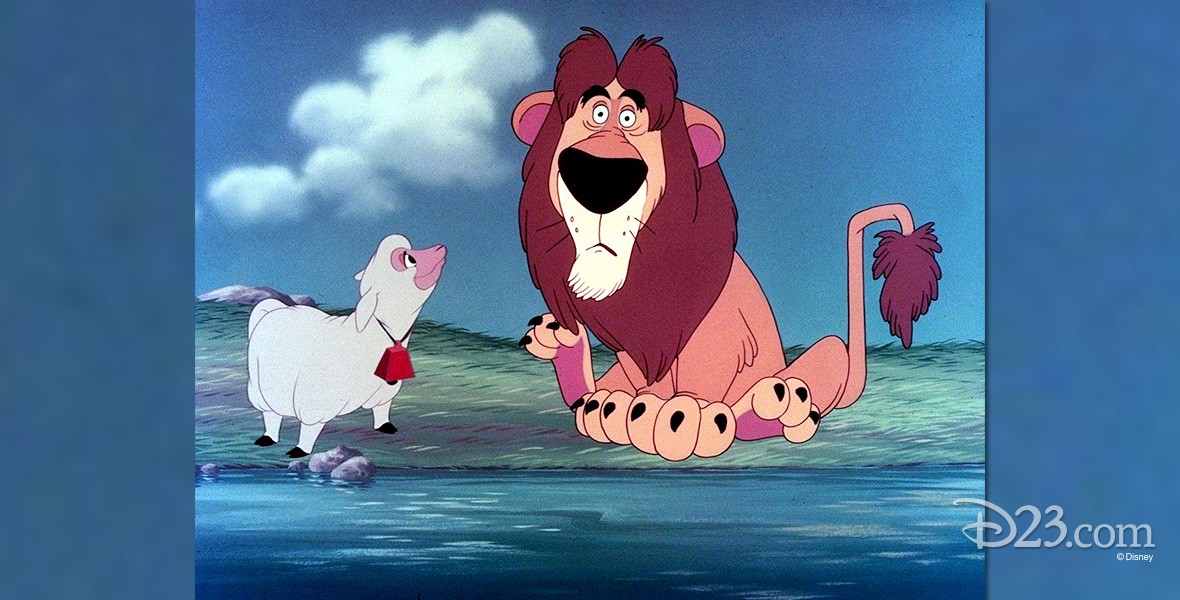 Lambert, the Sheepish Lion (film) Special cartoon; released on February 8, 1952. Directed by Jack Hannah. A stork delivers a lion cub to a flock of sheep by mistake, which eventually proves fortuitous for the sheep when Lambert grows up to realize his power and uses it to protect the sheep from a wolf. Nominated for an Academy Award.