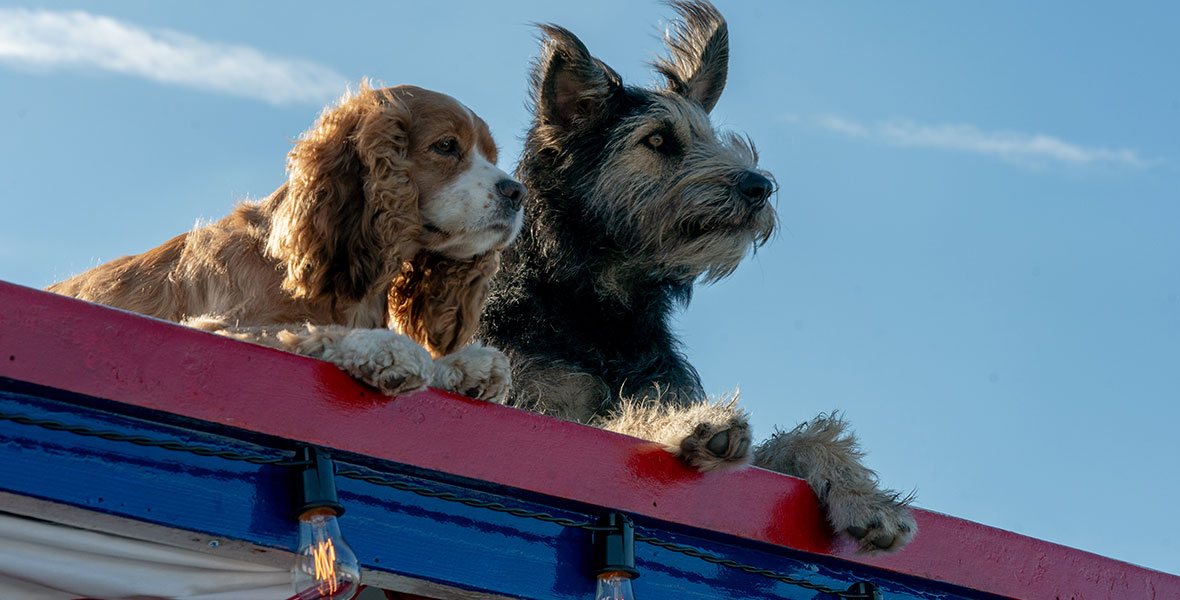 Lady and the Tramp (film) A live-action re-telling of the 1955 animated classic. Life is good for Lady, an overachieving American Cocker Spaniel who resides in an upscale suburban neighborhood. Her owners, Jim Dear and Darling, spoil her daily, and her neighbors, Jock and Trusty, are always within barking distance. But when a baby enters the picture, Lady is no longer the center of attention, and the arrival of catloving Aunt Sarah only complicates matters. Lady soon finds herself alone on the streets in an unwelcoming part of town. Fortunately, Tramp, a streetwise mongrel, is quick to teach her the ways of the world. Before long, the prim and proper pure bred and the fast-talking mutt are partaking in moonlight strolls in the park and a romantic spaghetti dinner. Tramp savors the independence of a world without leashes or fences, but Lady misses the comfort and safety of a family, and soon both must decide where—and with whom—they belong. Released Nov. 12, 2019, on Disney+. Directed by Charlie Bean. Stars Kiersey Clemons (Darling), Thomas Mann (Jim Dear), Yvette Nicole Brown (Aunt Sarah). Voices include Tessa Thompson (Lady), Justin Theroux (Tramp), Janelle Monáe (Peg), Sam Elliott (Trusty). 103 minutes. From Walt Disney Studios. Filmed in Savannah, Georgia. For the role of Tramp, filmmakers found Monte, a rescue dog from New Mexico, while Lady was played by Rose, a prized hunting dog. The iconic spaghetti scene at Tony’s Restaurant took three days to film, completed with sugarless, undyed licorice soaked in chicken broth, which had a taste both dogs liked and enough consistency so they could both keep eating.