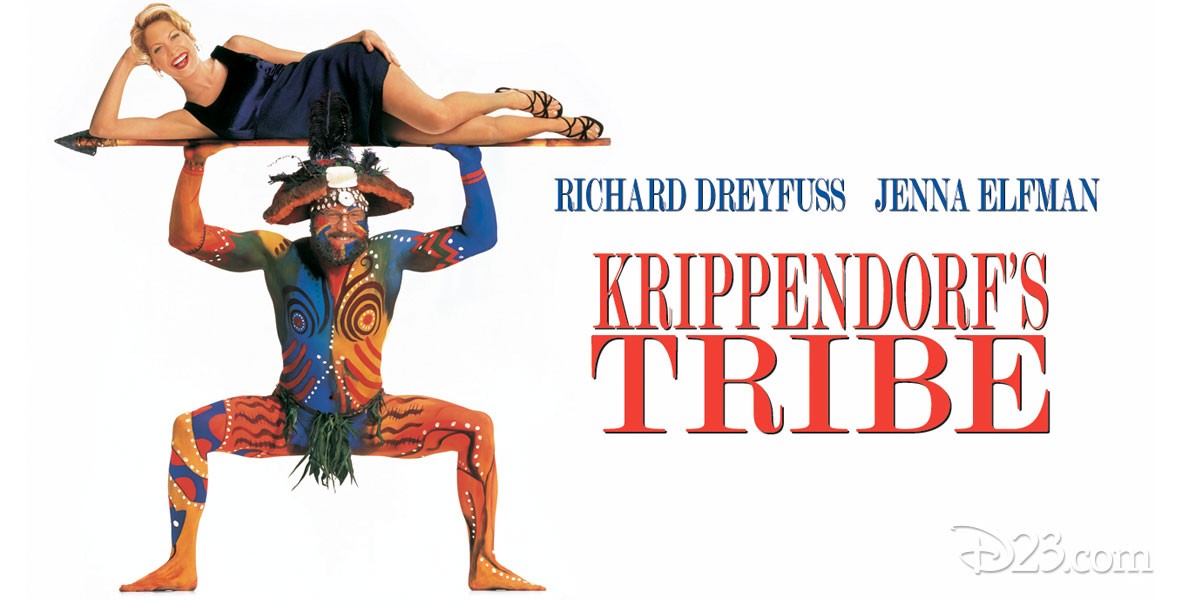 Krippendorf’s Tribe (film)  Anthropologist James Krippendorf, a single father trying to raise three kids, has for two years been living off a Proxmire Foundation grant to study an “undiscovered” tribe in New Guinea.  Unfortunately, there is no tribe and all the grant money he has been collecting has been spent on his kids.  When he is told that he must prove the tribe exists by documenting it on film, he begs his dysfunctional family to help him concoct a scheme involving the family as the fictional “Krippendorf’s Tribe.”  He names the tribe the Shelmikedmu, named after his kids–Shelly, Mickey, and Edmund–and turns his backyard into a jungle for the filming, hoping to match up that film with film he had shot of a New Guinea tribe, the Nishalayku.  However, doubts are raised about the “discovery” by anthropologist Veronica Micelli and anthropology department head Ruth Allen.  A Touchstone film.  Released on February 27, 1998.  94 min. Directed by Todd Holland.  Stars Richard Dreyfuss (James Krippendorf), Jenna Elfman (Veronica Micelli), Natasha Lyonne (Shelly), Gregory Smith (Mickey), Carl Michael Lindner (Edmund), Stephen Root (Gerald Adams), Elaine Stritch (Irene Harding), Tom Poston (Gordon Harding), Lily Tomlin (Ruth Allen), David Ogden Stiers (Henry Spivey).  Based on the novel of the same title by Larry Parkin.  The tribal village of the Nishalayku and the fictitious Shelmikedmu were created at the Kualoa Ranch on the island of Oahu in Hawaii.  Additional filming took place at various Los Angeles locations, including the campuses of USC and UCLA, and the Wilshire Ebell Theater.  For the Krippendorf home, an American Craftsman-style house in San Gabriel was selected.