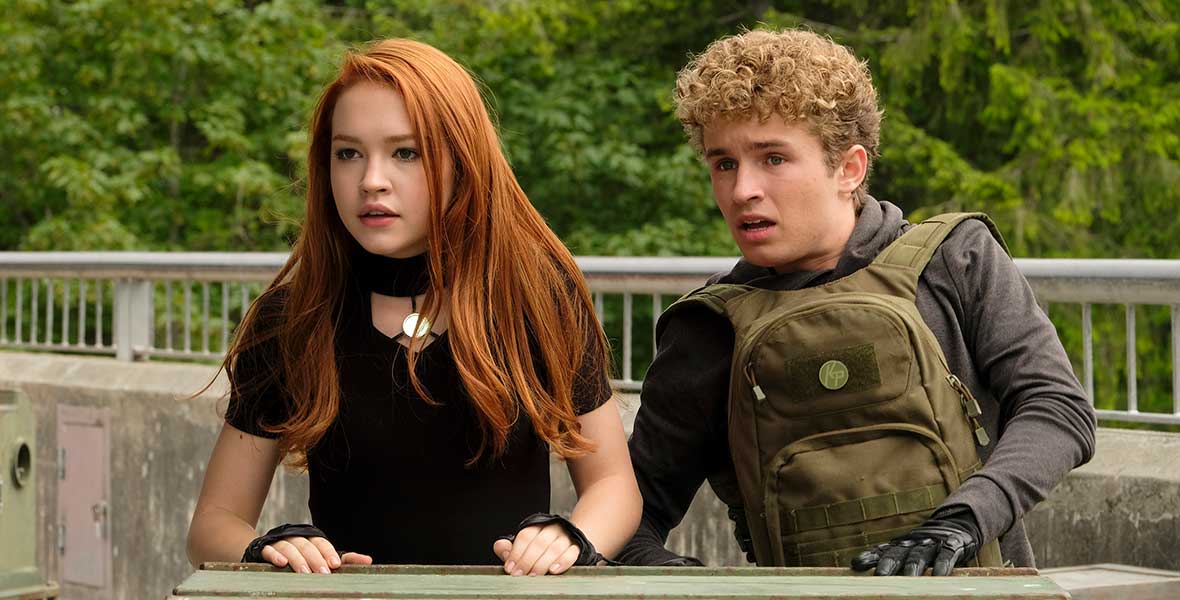 Kim Possible (television) A Disney Channel Original Movie, originally aired on Feb. 15, 2019. In this live-action version of the earlier animated television series, Kim Possible and Ron Stoppable are entering high school, where they befriend Athena, who is having even a worse time than they are adapting to the new school. Athena becomes a member of Team Possible, and soon they have to try to stop Drakken and Shego when they resurface in Middleton. Directed by Zach Lipovsky and Adam B. Stein. Stars Sadie Stanley (Kim), Sean Giambrone (Ron), Clara Wilson (Athena), Issac Ryan Brown (Wade).