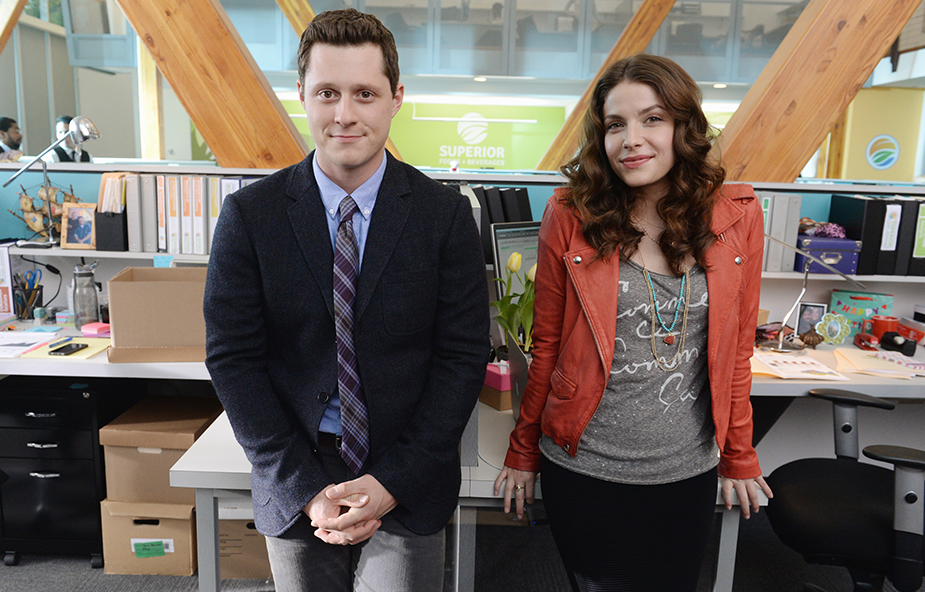 Kevin From Work (television) Half-hour comedy series on ABC Family, premiering on August 12, 2015 and ending on October 7, 2015. Kevin declares his unrequited love for his coworker Audrey in a letter, believing he’ll never see her again after he accepts a job overseas. But when the opportunity falls through and Kevin is forced to return to his old job, how will he and Audrey continue to work together now that his feelings are no longer secret? Stars Noah Reid (Kevin), Paige Spara (Audrey), Matt Murray (Brian), Jordan Hinson (Roxie), Punam Patel (Patti).