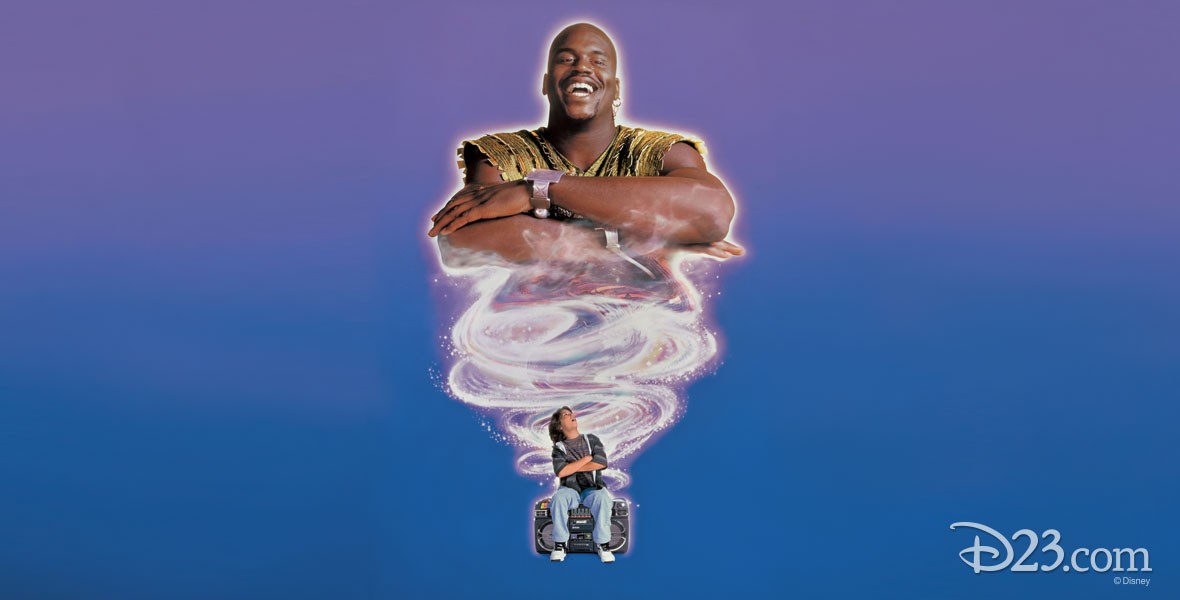 Kazaam (film)  Life in the city can be pretty tough, especially for 12-year-old Max Connor, whose mother has raised him alone since her husband left when Max was two.  To make things worse, Max’s mother has found love again with Travis, a kindly firefighter who cannot seem to make friends with Max.  Distraught  by his mother’s impending marriage, Max demands to meet his real father.  To add to Max’s complicated life, he is the object of torture by a local group of bullies and one day, while hiding in an abandoned building, he accidentally opens the door on a battered boom box, freeing a seven-foot, 3,000-year-old genie, Kazaam.  While Max initially does not believe in magic, Kazaam, in trying to give the kid his three wishes, soon makes him a believer.  Released on July 17, 1996.  A Touchstone Picture. Directed by Paul Michael Glaser.  Stars Shaquille O’Neal (Kazaam), Francis Capra (Max), Ally Walker (Alice), James Acheson (Nick).  93 min.  The production filmed in Los Angeles, California.  Released on video in 1996.