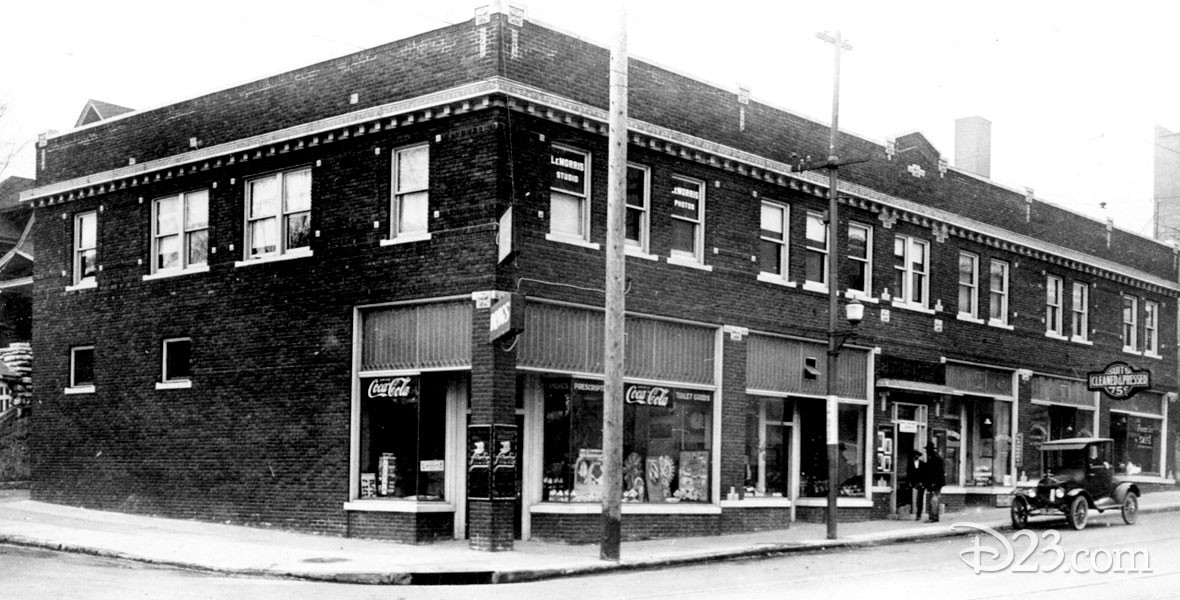 Kansas City, Missouri When Elias Disney became ill in 1909 and was unable to continue operation of his Marceline, Missouri, farm, he decided to move his family to Kansas City. He purchased a newspaper distributorship, and soon his sons Walt and Roy were helping out. Walt attended Benton School, and graduated from the seventh grade in 1917. At that time, the family was living at 3028 Bellefontaine. With a neighbor kid, Walt Pfeiffer, Walt got interested in the theater, and they occasionally put on shows as “The Two Walts” at local vaudeville theaters. When Elias decided to move again, this time back to Chicago, Walt stayed the summer and got a job as a news butcher on the railroad. It was an exciting job for a teenager. After the summer season, Walt joined his family in Chicago.

Walt returned to Kansas City after his service in the Red Cross at the end of World War I. After a few minor jobs, he managed to land a position at the Kansas City Slide Company (later Kansas City Film Ad Company), a firm that made advertising slides for movie theaters. On the side, Walt borrowed one of the company’s cameras and tried some simple animation, selling a few short pieces to the Newman Theater, where they were called Newman Laugh-O-grams. To earn some needed money, Walt made a dental training film, Tommy Tucker’s Tooth, for a local dentist, Dr. Thomas B. McCrum. In 1922, Walt left Film Ad to set up his own company, which he called Laugh-O-gram Films. He managed to raise the needed capital by selling stock, with the buyers including his sister, parents, and friends. When Laugh-O-gram Films folded in 1923, Walt scraped together enough money, by taking the camera into the neighborhood to photograph babies for their parents, to buy a train ticket to Hollywood and that summer he cut his ties with Missouri to head west.