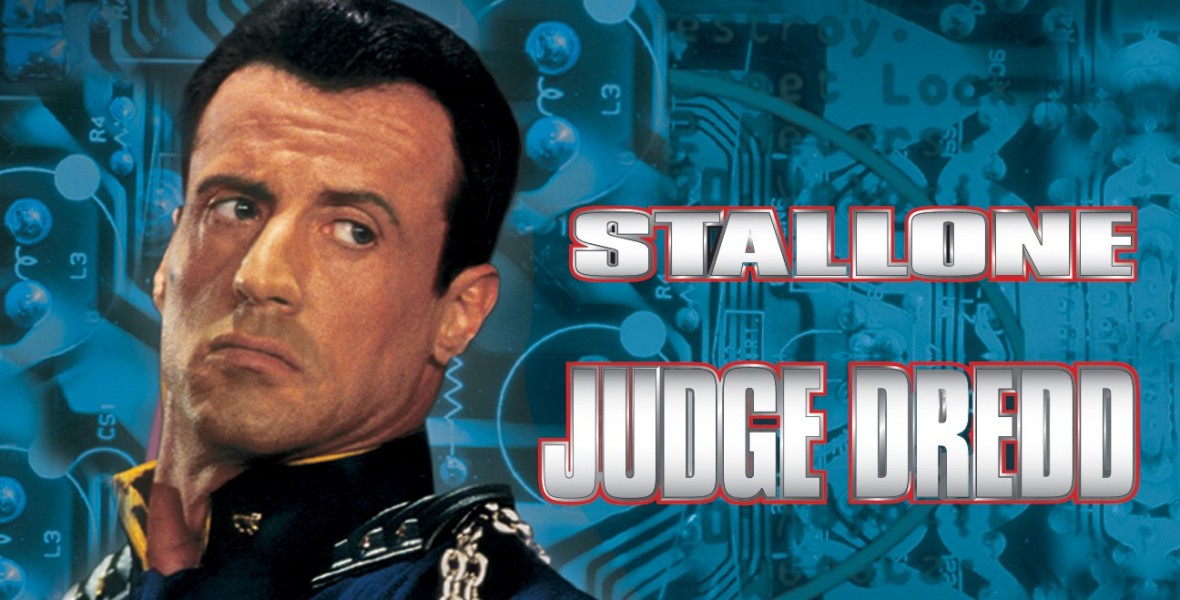 Judge Dredd (film) In the 22nd century, Mega-City One has become a haven for millions of people from the surrounding towns and rural areas destroyed by war and ecological disaster. Thrown together and confined in cramped, overcrowded monolithic apartment buildings, with no hope of employment or a better future, they strike out at each other, rocking the city with rioting and unrest. Since regular law enforcement cannot maintain order amidst such monumental chaoe, Judge Dredd is created as part of a top secret DNA experiment, the Janus Project. In his mind are all the great minds of jurisprudence, and he is a one-man police force, judge, jury, and executioner. But part of the project went askew, creating a master criminal, Rico, as evil as Judge Dredd is just. Judge Dredd has to battle both against the powers of evil and for his own soul. A Hollywood Pictures film, in association with Cinergi Productions. Directed by Danny Cannon. Released on June 30, 1995. Stars Sylvester Stallone (Judge Dredd), Armand Assante (Rico), Diane Lane (Judge Hershey), Rob Schneider (Fergie), Joan Chen (Ilsa), Jurgen Prochnow (Judge Griffin), Max Von Sydow (Judge Fargo), Balthazar Getty (Olmeyer). 96 min. Filmed in CinemaScope in Iceland and at England’s Shepperton Studios. Based on the English science-fiction comic hero created by writer John Wagner and artist Carlos Ezquerra. Released on video in 1995.

Judels, Charles Judge for Yourself (television)