Home / Disney A to Z / J / Journey into Imagination 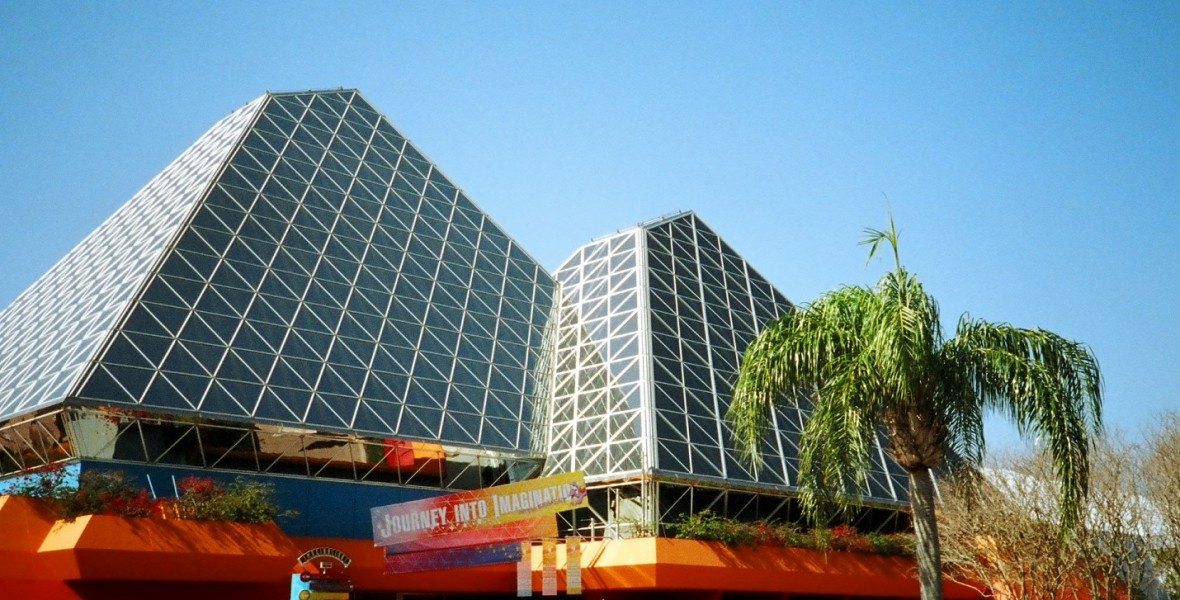 Journey into Imagination Future World pavilion at Epcot; opened October 1, 1982, featuring a ride of the same title, which opened on March 5, 1983, sponsored by Eastman Kodak from 1982 to 2010. The pavilion itself consists of pyramids of glass at odd angles, which, when lit from within at night, present a unique view. Outside, children and the parents are often transfixed by the leapfrog fountains, with plumes of water shooting over their heads to disappear into nearby planters. Some of the kids find themselves getting an unexpected soaking when they leap up to try to impede the path of the water spout. Inside, Disney Imagineers given the near impossible task of trying to portray imagination nevertheless engineered a fascinating look at what the Imagineers could imagine. The jolly, redheaded Dreamfinder, with his small purple dragon pal, Figment, was the host. Also in the pavilion are the hands-on Image Works and a 3-D film. Originally, Magic Journeys was the featured 3-D film; it was followed by Captain EO and in 1994 Honey, I Shrunk the Audience. Captain EO returned in 2010. The pavilion was renamed Imagination! on October 1, 1999, with a totally revised ride called Journey Into Your Imagination and a revised Image Works, called ImageWorks–The Kodak “What If?” Labs. On June 1, 2002, the ride was changed to Journey Into Imagination with Figment. Kodak ended its sponsorship in 2010.