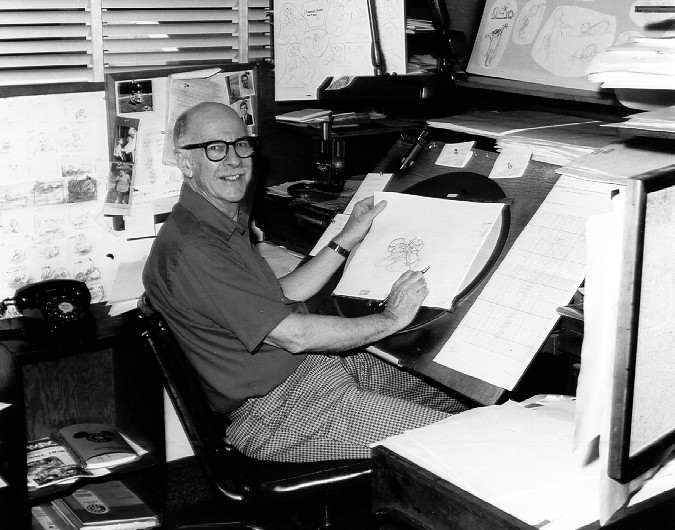 Johnston, Ollie (1912-2008) Animator; known as one of Walt’s “Nine Old Men, ” he joined the Studio in 1935 as an inbetweener on Mickey Mouse cartoons. His work can be seen in 24 animated features beginning with Snow White and the Seven Dwarfs, many as directing animator. He retired in 1978. With his lifelong friend Frank Thomas he authored Disney Animation: the Illusion of Life, and several other books on the subject. He was honored with the Disney Legends Award in 1989. He was profiled with Frank Thomas in the documentary Frank and Ollie, produced by Thomas’s son. Ollie was the last of the Nine Old Men.