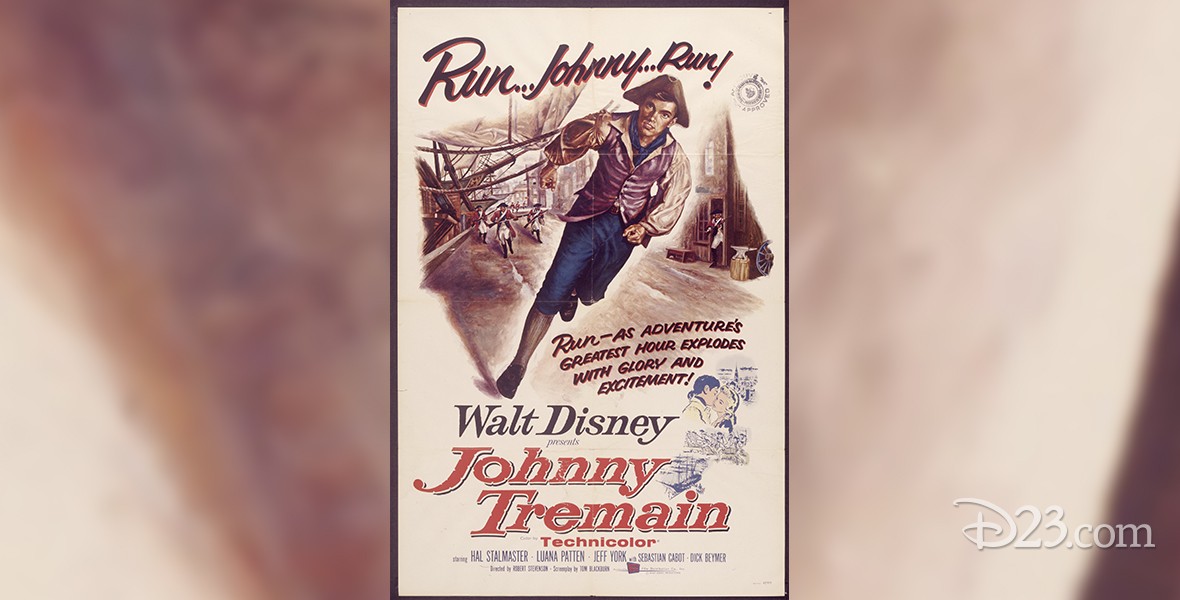 Johnny Tremain (film) Johnny, through an injury to his hand in a silversmith’s shop, gains new insight into himself and those around him as he is plunged into exciting events leading up to the Boston Tea Party at the outbreak of the American Revolution. Released on June 19, 1957. The first Disney feature directed by Robert Stevenson, who would go on to be one of the major Disney directors in the 1960s and 1970s. 80 min. Stars Hal Stalmaster (Johnny Tremain), Luana Patten (Cilla Lapham), Dick Beymer (Rab Silsbee), Jeff York (James Otis), Sebastian Cabot (Jonathan Lyte). Sharon Disney has a small part in the film. Features the song “The Liberty Tree” by George Bruns and Tom Blackburn. The film was originally meant as programming for the Disney television series, but when production costs mounted, Walt decided to release it as a feature film. It aired on television the following year in two parts entitled The Boston Tea Party and The Shot Heard ‘Round the World. Released on video in 1983.