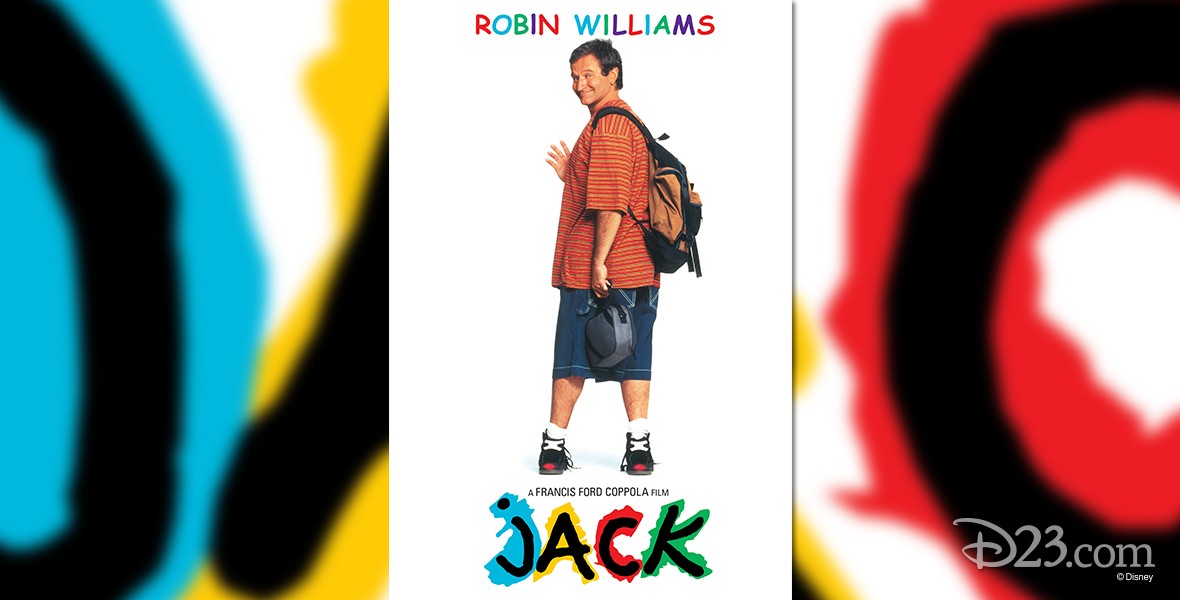 Jack (film)  Jack Powell appears to be an average, middle-aged 40-year-old man–who plays with toys and wears kid’s pajamas. But Jack is only ten years old.  He suffers from a rare genetic disorder that causes him to physically age four times faster than a normal person. Fearing ridicule from the outside world, Jack’s parents have kept him secluded in their home, which they have stocked with every toy a young boy could want, and have had him taught by a kindly tutor, Mr. Woodruff.  Toys, however, cannot take the place of the real friends that Jack craves. At the urging of his tutor, his parents finally allow him to embark on the greatest adventure of his unusual life–entering the fifth grade.  Slowly he gains acceptance from his much smaller classmates, especially after showing his prowess with basketball.  Years later, as they graduate from high school, Jack is still a beloved part of the gang, but he is now an elderly man. A Hollywood picture. Directed by Francis Ford Coppola.  Released on August 9, 1996.  Stars Robin Williams (Jack Powell), Diane Lane (Karen Powell), Jennifer Lopez (Ms. Marquez), Brian Kerwin (Brian Powell), Fran Drescher (Dolores Durante), Bill Cosby (Lawrence Woodruff). 113 min. The picturesque town of Ross, California, provided some of the town sets; additional filming was done in San Francisco. Many of the interiors were built at the Mare Island Naval Base in Vallejo.  Released on video in 1997.