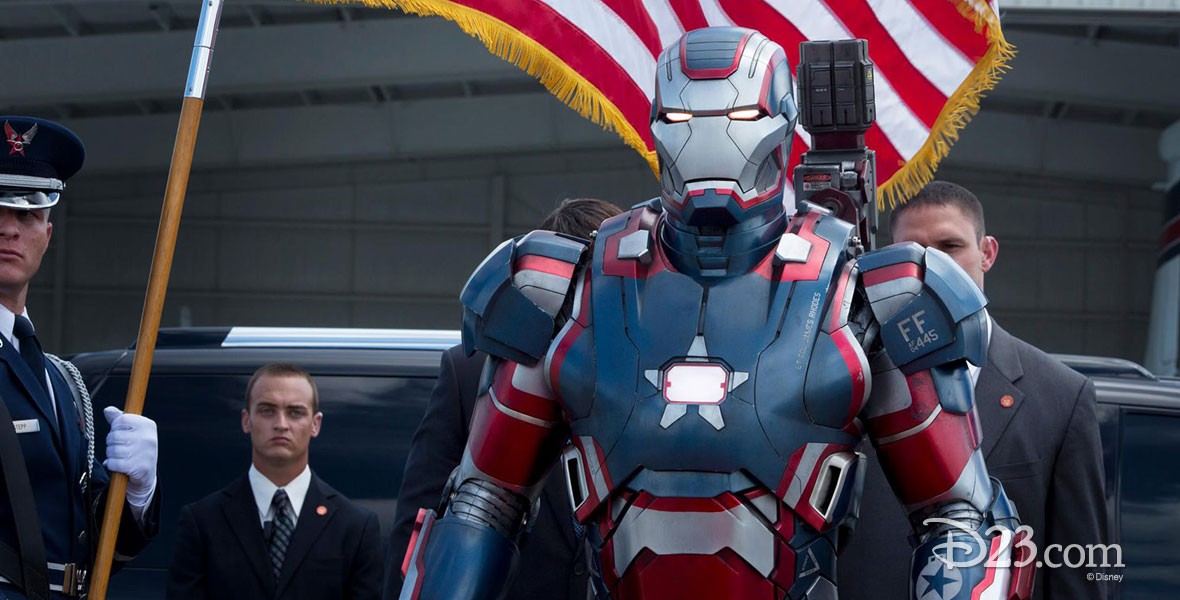 Iron Man 3 (film)  When Tony Stark finds his personal world destroyed at his enemy’s hands, he embarks on a harrowing quest to find those responsible.  With his back against the wall, Stark is left to survive by his own devices, relying on his ingenuity and instincts to protect those closest to him.  As he fights his way back, he discovers the answer to the question that has secretly haunted him: does the man make the suit or does the suit make the man?  Released on May 3, 2013, by Walt Disney Studios Motion Pictures in the U.S., after an April 18 premiere in London, and releases beginning April 24 in Australia and other countries.  Directed by Shane Black.  Stars Robert Downey, Jr. (Tony Stark/Iron Man), Gwyneth Paltrow (Pepper Potts), Rebecca Hall (Maya Hansen), Guy Pearce (Aldrich Killian), Ben Kingsley (The Mandarin), Jon Favreau (Happy Hogan), Don Cheadle (James Rhodes).  130 min.  Filmed in CinemaScope.  Produced by Marvel Studios in association with Paramount Pictures.  Marvel’s iconic Super Hero Iron Man first appeared in the comic book, “Tales of Suspense,” no. 39, in 1963, with his solo comic book debut five years later.