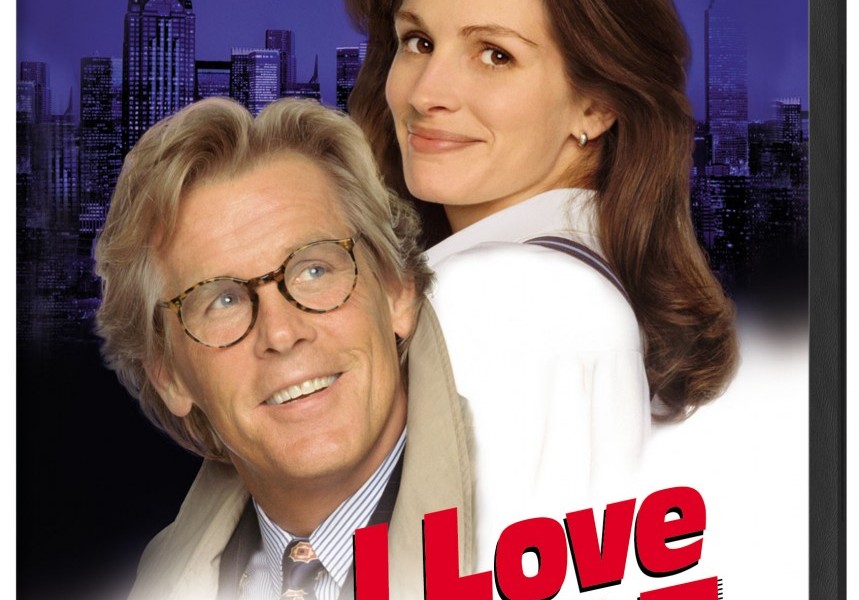 I Love Trouble (film) Sabrina Peterson, a cub reporter on a Chicago newspaper, has a resourcefulness and quick wit matched only by her competitive spirit, which spells trouble for seasoned columnist-turned-novelist Peter Brackett who works for a rival paper. They try to outwit and outscoop each other when they are both sent to cover a train wreck, where they unearth evidence of corruption and murder. Running into each other everywhere they turn, they nearly get themselves killed scrambling for the ultimate front-page story. Along the way, they gain new respect, and love, for each other. Released on June 29, 1994. Directed by Charles Shyer. A Touchstone film, in association with Caravan Pictures. 123 min. Stars Julia Roberts (Sabrina Peterson), Nick Nolte (Peter Brackett), Saul Rubinek (Sam Smotherman), Robert Loggia (Matt Greenfield), James Rebhorn (The Thin Man), Olympia Dukakis (Jeannie), Marsha Mason (Sen. Gayle Robbins), Charles Martin Smith (Rick Medwick). Filmed in Wisconsin, Chicago, Las Vegas, and Los Angeles. Released on video in 1994.

I Didn’t Do It I Wan’na Be Like You